Tonight is the Season 1 finale of The Son on AMC, and fans are wondering if they can expect more of Pierce Brosnan and the McCullough family.

In May, Deadline revealed that the show had been picked up for another season.

The announcement was made just one month after the show debuted in April. It was also revealed that season 2 will run for 10 episodes. Brosnan told the outlet, “I am over the moon happy to be back in the saddle as Colonel Eli McCullough for season two of The Son and to stand shoulder-to-shoulder alongside our incredible cast of actors, writers, directors and our amazing crew in the heart of Austin, Texas. And above all else to our ever-growing fan base, I extend my heartfelt thanks for your support.”

The Son, which is based on the Philip Meyer book of the same name, has been averaging an audience of about 2.3 million in delayed viewing, and a .16 rating in the 18-49 demographic. It revolves around three generations of the McCullough family with emphasis on Brosnan’s character, Eli, who morphs from a kind, honest man into a killer.

After the announcement of the renewal was made, AMC boss Charlie Collier told Deadline, “We are so pleased to add to that list another season of our original, multi-generational drama from Philipp Meyer, Kevin Murphy and a remarkable cast led by the incomparable Pierce Brosnan. It’s our longstanding mission to super-serve Westerns fans on weekends and we look forward to continuing this epic next year. Welcome home, Son.”

The season finale will air tonight at 9pm on AMC. 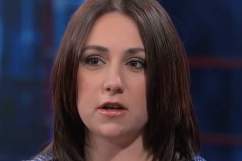