Kris Jenner has become a trending topic on Twitter as her only son, Rob Kardashian, continues his Blac Chyna rant.

The reality star and father of one started posting to Instagram very early Wednesday morning. In said posts, Kardashian called out Chyna, posted several nude photos of her, accused her of cheating on him, and accused her of being addicted to drugs. Since that time, Kardashian’s Instagram account has been shut down, likely due to him violating the site’s Terms of Service. The Keeping Up With the Kardashians star has now moved to Twitter, where he is continuing his rant.

Knowing that Kardashian’s mom does a lot of PR for her kids — she is their manager — thousands of people have taken to Twitter to post memes about how Jenner is handling her son’s posts. Not only has Kardashian completely slandered Chyna and exposed some of her most intimate photos, he has also been quick to call out other rappers — like T.I. — who have responded to his initial posts. Kardashian isn’t holding back, and while that has been super entertaining for fans (and just about all of the internet), it has to be a major problem for Jenner.

Not surprisingly, fans believe that this could mean more dollar signs for the Kardashian family. Although she may have a mess to clean up, everything the Kardashians do seems to translate to bigger paychecks. Fans played into that and posted several hilarious memes about how Jenner is reacting.

It’s important to note here that Kris Jenner has not reacted publicly to her son’s posts. She has not released a statement of any kind — and while it’s unknown if she has encouraged her son to stop, it doesn’t appear as though Kardashian has any intention of doing anything of the sort.

Check out some of the best Kris Jenner memes below.

Kris Jenner planning all the ways she can cash in from the Rob Kardashian/ Blac Chyna drama pic.twitter.com/Vq0hbiyPdy

Kris Jenner pulling up to Rob's house rn with the family lawyers ?? pic.twitter.com/xPZYML8HaZ

This is Kris Jenner right now realizing how much COINT she's going to make from this pic.twitter.com/cOrlHVf3DS

kris jenner thinking how she can turn rob's exposé of blac chyna into profit pic.twitter.com/RB6xZaHb45

Kris Jenner Going To The E! Office To Re-New The Rob&Chyna Show After This Rob Kardashian Expose Party.. pic.twitter.com/POO4VGcA7k 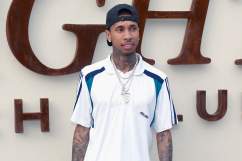