Matt Bomer, the star of Amazon’s new series The Last Tycoon, is married to Simon Halls, a powerful publicist in Hollywood. The couple are parents to three children.

The 39-year-old Bomer began his Hollywood career on soap operas, before he gained attention for his recurring role on NBC’s cult series Chuck. That led to his role in USA Network’s White Collar, which ran from 2009 to 2014. Bomer has also starred in Magic Mike, Magic Mike XXL, The Nice Guts and Glee. He won a Golden Globe for his supporting role in The Normal Heart.

Here’s a look at the 53-year-old Halls and his relationship with Bomer.

GettySimon Halls and Matt Bomer in May 2017.

Bomer is known for keeping his private life private. Although there were rumors, he didn’t publicly acknowledge his sexuality until he accepted a Desert AIDS Project humanitarian award in February 2012. Although he mentioned Halls and their three children during his speech, it wasn’t until a 2014 interview with Details Magazine that he revealed that he and Halls have been married since 2011.

The interview was published after Bomer made The Normal Heart. Bomer said that play, written by Larry Kramer in 1985, “completely rocked my world” when he read it in 1992. “I was in romantic relationships with girls At the time, I was clueless and obviously in a different place in relation to my sexuality,” Bomer told Details.

“I’d really especially like to thank my beautiful family: Simon, Kit, Walker, Henry,” Bomer said in his 2012 speech. “Thank you for teaching me what unconditional love is. You will always be my proudest accomplishment.” 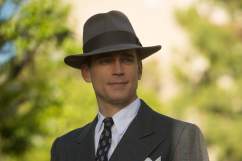 2. They Are Parents to 3 Sons, Kit, Walker and Henry

Bomer and Halls are parents to three children, Kit, Walker and Henry. Kit is 12 years old, while twins Henry and Walker are nine. All three were born via surrogates.

In a 2008 W Magazine interview, Halls talked about how much he enjoyed being a parent. He said the parents’ of Kit’s classmates didn’t think it was a big deal when they heard he was having twins via a surrogate.

“People who are having babies this way, we’ve jumped through I can’t tell you how many hoops, so it’s not just like, ‘It’ll be fun to be a parent,’” Halls told W Magazine. “We are very committed.”

Bomer told People Magaizne in 2015 that he wants his children to have a normal childhood, much like his own.

“I don’t want anybody out on stage any time soon,” Bomer told People. “I want them to have a nice, normal childhood.” 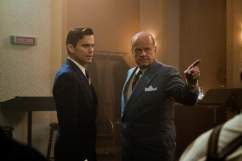 ‘The Last Tycoon’: How to Stream on Amazon Prime

Halls is a powerful Hollywood publicist and is a partner at Slate PR, which has offices in Los Angeles and New York. Halls and his partners formed the firm in January 2010 after he spent 14 years as a co-CEO of PMK/HBH Public Relations, according to his LinkedIn page. Halls is also on the USC Annenberg Center for Public Relations Board of Advisors.

Halls is a graduate of the University of Southern California and started his PR career at Warner Bros., according to his USC Annenberg bio. After that, he moved to Russia for two years to work as the Public Relations manager for the first McDonald’s there.

When he returned to the U.S., Halls quickly established himself at BWR Public Relations, where he managed campaigns for Jude Law, Sarah Jessica Parker and others. In 1995, he former Huvane Baum Halls with his partners. They sold it in 2001 and it merged with PMK. In 2010, he and his partners started Slate PR, where he has managed campaigns for Law, Neil Patrick Harris and directors Bryan Singer, Ridley Scott and Ang Lee. Ryan Murphy, who directed Bomer in The Normal Heart, was also one of his clients.

Halls earned a spot on Out Magazine’s 2012 Power List. 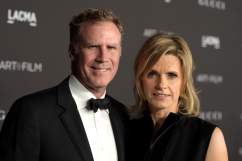 In a 2014 interview with Out Magazine, Bomer said his wedding to Halls was a very small event in New York.

“It was very chill,” he told the magazine. “Very small — only our nearest and dearest. There’s a security, a validity of knowing that it’s legal. It’s hard to put into words. It’s just a feeling, I guess — something about saying vows in front the people around you who love and support you. I think it was good for our family.”

Bomer was surprised that his 2012 Desert AIDS Project speech, when he publicly acknowledged that he was gay, would be a big deal. Halls also wasn’t thinking about how this would change his husband’s public image.

“I was in the audience, and I didn’t think anything more than it was very sweet. I was proud that my husband was up there getting an award, and I was touched that he thanked us,” Halls told Out Magazine.

Notably, Halls doesn’t represent his husband when it comes to business. Bomer is represented by Viewpoint. In a 2015 interview with The Hollywood Reporter, Bomer said there’s a separation of “church and state.”

“Like any partner in any relationship, I seek counsel, but I have my own publicist. We have three kids under age 10, so we don’t have time to talk about [work]. We’re more concerned with making sure lunches are made and everyone gets to school on time,” Bomer told THR. “I married up. He’s an intelligent and kind soul.” 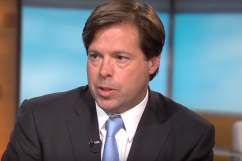