Preston Roberts of Mountain Men fame has died. Roberts, 60, best known for his small role on the History Channel show, had been battling cancer. His death was caused by a complications from an inoperable liver tumor, according to his dear friend, Eustace Conway, who made the announcement on Facebook. You can read Conway’s post below.

“Rest easy Preston James Roberts – Due to complications from an inoperable tumor on his liver, Preston Roberts took his last breath at 3:30pm on Monday July 24, 2017 – in the arms of his beloved wife Kathleen, surrounded by family and loved ones. Burial and Memorial services are currently being planned. And will be announced soon. In the wake of this unexpected tragedy, hundreds of bereaved among his Turtle Island family will gather soon to celebrate the legacy of a life lost too soon. The loss and sadness we feel is indescribable. Currently, Girls Camp is in session at Turtle Island, so please be sensitive to that fact while we all work through this painful transition. If you’re looking for a way to support his grieving family, please look for the crowd-funding page that is being set up soon to help pay for medical expenses, memorial services and the roof Preston was in the middle of repairing on his family home. This is the last photo we took of Preston only 3 weeks ago as he was teaching at Boys Camp. We love you always brother!”

The show Mountain Men follows a few guys who live off the grid, so to speak, away from all of the technology and away from civilization as most people know it. They live and work in the wilderness and cameras from the History Channel are along for the ride. On the current season of the show, Conway and Roberts work together to clear a parcel of land in the Blue Ridge Mountains of North Carolina. Conway is permitted to take the logs he clears back to Turtle Island.

Conway and Roberts met in 1982 and became partners a short time later. Of his career, Roberts says “I make knives, hunt, fish, and from time-to-time, I make television.”

Roberts is survived by his wife, Kathleen DuPont McGuire, and his three grown children. Roberts and McGuire celebrated their 40th wedding anniversary in 2015, according to his website.

A GoFundMe Page has been set up for Roberts. You can find it here. 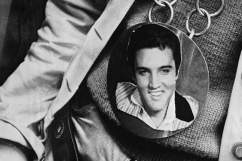 Red West Cause of Death: How Did ‘Memphis Mafia’ Member Die?