Thor: Ragnarok finally got another trailer before its November 3 release date. The film brings back Chris Hemsworth as Thor and Mark Ruffalo as The Hulk, and introduces Oscar-winning actress Cate Blanchett to the Marvel universe as the villain Hela.

This is the third Thor solo movie, following the 2011 Thor movie and 2013’s Thor: The Dark World. In this film, Thor finds himself in an arena battle against the Hulk. He has to win to escape. Then he can defeat Asgard from Hela and the Ragnarok that is coming to destroy Asgard. As revealed in the trailer, he puts together a team before he returns to Asgard to hopefully stop the Goddess of Death from destroying everything.

This is also the first time we’ve seen the Hulk in action in the Marvel Cinematic Universe since the end of Avengers: Age of Ultron in 2015. Thor was last seen in a post-credits scene in Doctor Strange and Benedict Cumberbatch is expected to appear in the new film.

Ragnarok, as the first trailer made obvious, will have a lighter tone than the previous Thor movies. It’s directed by New Zealander Taika Waititi, who is best known for the comedies What We Do In The Shadows and Hunt for the Wilderpeople. Waititi also directed episodes of Flight of the Conchords.

In a February interview with Indiewire, Waititi said he had a great experience working on Ragnarok. Hopefully that translates to a good movie.

“It’s been great. It’s going really well,” Waititi told Indiewire. “We’re all very much on the same page in terms of what kind of movie tonally we wanted to make. And that was the biggest thing for me. I don’t care if someone wants to change their costume or wants the set to be blue instead of red. I’m more interested in whether we can do stuff with the performances, sensibilities and tone that is interesting and fresh and feels more like what I would normally make. And I feel like I’m achieving that.”

The Cast of Thor: Ragnarok 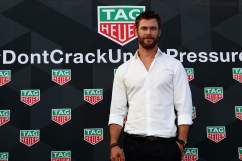 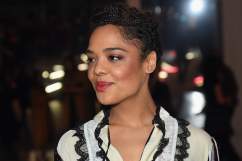