Bachelor fans may remember Christen Whitney as the virgin contestant who outed fellow contestant Liz to star Nick Viall. Prior to the season starting, Nick had hooked up with Liz at the wedding of former BIP cast members Jade Roper and Tanner Tolbert. Liz revealed these details to Christen and Christen went right to Nick, which resulted in Liz’s elimination.

Now, Christen is joining the cast of Bachelor in Paradise and she has her eyes set on cast member Matt Munson. Munson, however, has already been seeing Jasmine Goode on the show, so Jasmine is less than thrilled. When Matt decides to accept a date from Christen, Jasmine becomes irate.

Ultimately, Jasmine and Matt’s relationship implodes. So, Christen must move on and try to find love elsewhere among the cast members. According to Bustle, she finds romance with Jack Stone on the show and he is quoted as saying, “What Christen and I have is real love, and I 100 percent see myself marrying her one day.”

As for if Jasmine and Christen are on good terms today, Jasmine appeared on a special for the Ellen Show and said that:

There’s some history with me and Christen. I was just a little hurt about some things.

For more information on Christen Whitney, click on the below link: 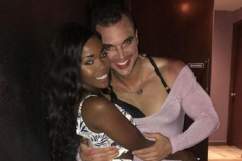