Sassi and Amber are the latest cast members to be added to Teen Mum.

Here’s what you need to know about the ladies:

Sassi is a new mum to 7-month-old Zenaya.

Sassi’s boyfriend, Darren, is the father, but the couple’s relationship hasn’t always been smooth sailing. In her confession video, Sassi says she loves her sleep, which can be tough with a baby.

According to MTV.uk, fans weren’t totally in love with Sassi when they first met her on the show. MTV writes, “Some viewers [find] her a bit, well, sassy.” In response to the criticism, the 18-year-old took to Twitter to defend herself. “If your not liking me now your probably gunna hate me by the end of the series but hey who cares sassi by name sassy by nature.”

If your not liking me now your probably gunna hate me by the end of the series but hey who cares sassi by name sassy by nature? #teenmomuk pic.twitter.com/Wdwiqug7HC

Amber is a single mom and has a son named Brooklyn.

This season, audiences will meet her ex and baby daddy, Ste, who wants to reconcile with her.

Amber has teased that fans will be seeing a ‘big change’ in her and Ste’s relationship as the season progresses.

In an exclusive interview with MTV recently, Amber said:

So since series one, I felt I didn’t love myself as much, I had really bad confidence, always had doubts going through my mind about myself in general, but I don’t feel as upset or angry anymore. I’m starting to love myself as I think every person should love themselves and obviously I think part of that is to do with getting on with Ste. 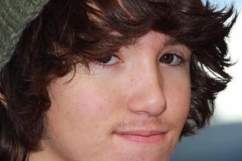