Meghan Markle is engaged to marry Prince Harry. The couple made their relationship official earlier this month after dating for over a year.

“His Royal Highness and Ms. Markle became engaged in London earlier this month. Prince Harry has informed Her Majesty The Queen and other close members of his family. Prince Harry has also sought and received the blessing of Ms. Markle’s parents. The couple will live in Nottingham Cottage at Kensington Palace,” Clarence House said in a statement on Monday.

Markle, 36, who is best-known for her role on Suits, has an estimated net worth of $7 million, according to Metro UK. Meanwhile, Celebrity Net Worth estimates Markle’s net worth at $5 million.

1. She Earns a Living as an Actress

Markle plays the role of Rachel Zane on Suits. She has been on the show since 2011, earning upwards of $50,000 per episode, according to KnowNetWorth.com.

“Meghan collected $187,000 from Remember Me while she received $171,429 from The Candidate, followed by $153,846 from The Boys and Girls Guide to Getting Down. She takes more than $50 thousand dollars for playing a single episode. Her estimated yearly salary or income is around $450,000, which also includes around $80,000 worth of annual sponsorship/endorsements income,” the site reported.

Markle has also appeared on other popular shows including CSI: Miami (2010) and Castle (2012). She has also starred in several popular films such as Horrible Bosses (2011).

Earlier this month, Deadline reported that Markle would likely be leaving Suits after the show’s seventh season. Now that she is engaged to Prince Harry and is planning to move to London full time, it seems as though her acting career will, in fact, come to an end — at least for the foreseeable future. 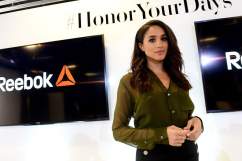 2. She Was on ‘Deal or No Deal,’ Started Her Own Site Called ‘The Tig,’ & Has Her Own Clothing Line

Markle has been in the entertainment business for well over a decade, giving her bank account plenty of time to accumulate funds.

Markle studied theater and international relations at Northwestern University. After she graduated, she landed a job working for the U.S embassy in Buenos Aires, Argentina. From there, Markle started landing modeling gigs and small acting roles. One of her first documented roles was on General Hospital back in 2002. A few years later, Markle inked a contract with Deal or No Deal where she appeared as a briefcase model. She was on the show for a total of 34 episodes.

In 2014, Markle started her own lifestyle website called The Tig. The site was a place where Markle could share some of her favorite lifestyle tips, especially having to do with food and travel. Earlier this year, however, she shut the site down in an effort to focus on her career (and, perhaps, her budding romance with Harry).

“After close to three beautiful years on this adventure with you, it’s time to say goodbye to The Tig. What began as a passion project (my little engine that could) evolved into an amazing community of inspiration, support, fun and frivolity. You’ve made my days brighter and filled this experience with so much joy. Keep finding those Tig moments of discovery, keep laughing and taking risks, and keep being ‘the change you wish to see in the world.’ Above all, don’t ever forget your worth – as I’ve told you time and time again: you, my sweet friend, you are enough,” Markle wrote in a farewell letter on the now-closed website.

In 2016, Markle partnered with Reitmans to design her own affordable clothing line.

“I’m really excited. It’s the first time I’ve ever designed and we’re launching with a dress collection of four signature, staple dresses. I’ve been involved in every facet of [the design process], so it’s really personal,” she told Best Health Magazine. 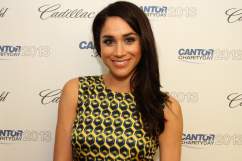 3. Her Cleave and Company Engagement Ring Is Estimated to Retail for $60,000

On Monday, November 27, Prince Harry and Meghan Markle posed for photos at Kensington Palace’s Sunken Garden, after announcing their engagement. During the photoshoot, Markle showed off her new engagement ring, which Harry presented to her earlier this month.

The ring was designed by Prince Harry and was crafted by British jewelers Cleave and Company. It features three stones; the center stone is from Botswana and appears to be about three carats and is cushion cut. There are two stones flanking the center diamond that appear to be about one carat each. These diamonds belonged to Prince Harry’s late mother, Princess Diana.

Personal and celebrity jeweler George Khalife told Heavy that a ring like this would retail for around $60,000.

4. She Will Be Worth Even More When She Marries Prince Harry

Markle has done really well for herself over the years, but once she marries Prince Harry, her net worth will increase exponentially. According to Newsweek, Markle “will benefit from her future husband’s rumored net worth of $40 million.”

Prince Harry inherited a great deal of money after his mother, Princess Diana, died. That sum of money — said to be around $13 million — was placed in a trust fund and was given to Harry on his 30th birthday, according to Fortune. He has also earned over $45,000 per year when he worked as a pilot in the British Army Air Corps.

Over the past two years, Harry’s activities and other expenses were paid for by the Duchy of Cornwall, a private estate overseen by his father, Prince Charles. Fortune estimates that the Duchy of Cornwall has paid over $9 million combined in 2016 and in 2017 for Prince Harry, Prince William, and his wife, Kate Middleton.

5. She Has Racked Up Plenty of Frequent Flyer Miles, But Will Soon Reside in Nottingham Cottage

Markle lived in a relatively simple home in Toronto, Canada. According to The Telegraph, her style seems to be “minimalistic.” Her previous home was made up of a “monochrome color scheme with plenty of soft furnishings, coffee table books, and floral arrangements.”

Now that Prince Harry and Meghan Markle are engaged, they will soon be living together. Markle will be moving into Nottingham Cottage, not far from Kensington Palace. The home, sometimes referred to as “Nott Cott,” has two bedrooms, one bathroom, two living rooms, and a small garden. It is where Harry has been living for a couple of years now.

Markle has stayed at Nottingham Cottage while visiting Harry in London from time to time over the past several months.

Prince Harry’s brother, Prince William, the Duke of Cambridge, and his wife, Kate Middleton, the Duchess of Cambridge, lived in the home for a short while.

“It is not known whether he and Miss Markle will employ their own staff. The Cambridges employed Italian housekeeper, Antonella Fresolone, who worked as a housemaid for the Queen for 13 years, to run their home when at Nottingham Cottage as well as in Anglesey,” reported The Telegraph.