The 2017 Victoria’s Secret Fashion Show is finally here, and we’ve got your list of every model walking the runway tonight.

Several models who were expected to walk this evening weren’t able to attend the event because of visa issues. Gigi Hadid, typically one of the most talked about models at the event, confirmed a couple weeks ago that she would be missing the VS Fashion Show. Fans have speculated that it’s possible Hadid had to bow out because of a video that went viral that showed her mimicking a Buddha’s face in. Gigi’s sister, Bella, recorded the video on Snapchat.

Here’s your list of the models walking at the 2017 Victoria’s Secret Fashion Show:

The Victoria’s Secret Fashion Show was filmed on the weekend of November 18, and will feature a special lineup of celebrity guests. The fun will be started by by Candice Swanepoel– the first model who will walk tonight’s runway. The musical guests for the evening include Harry Styles, Miguel, Leslie Odom Jr., and Jane Zhang.

The show will be divided into six themed sections: Punk Angel, Goddesses, Millennial Nation, Winter’s Tale, Porcelain Angel, and Nomadic Angels. As exciting as it was to have Karlie Kloss return to the stage, audiences and models alike were sad to say goodbye to Alessandra Ambrosio, who will walk her last show ever. The Angel has walked in 17 consecutive Victoria’s Secret shows, and walked twice this year.

And what about the fantasy bra? A staple at the VS Fashion Show each year, the 2017 Fantasy Bra features gold leaf and sapphires and comes equipped with its own belt. It will be worn by Lais Ribeiro, who says, “Personally, I love the colors on my skin tone and the big stones! I have my brother and my dad there so it’s going to be very special for me and I can’t wait to see their faces when I’m walking down the runway and just see their reaction!” 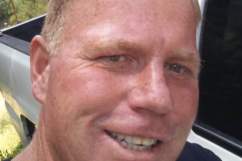