BTS is giving one of the most anticipated performances of the 2018 Billboard Music Awards. K-Pop’s seven-member group, BTS, is set to perform their song “Fake Love” and one thing fans love about the group is there amazing dance moves. “Fake Love” is a single off of the group’s album “Love Yourself: Tear”.

Prior to tonight, BTS spoken with Billboard about the choreography going into tonight’s performance, revealing that, “There’s an old saying, like, ‘See no evil, hear no evil, speak no evil.’ We put that saying in the main part of our choreography. So it’s going to be an interesting point if you find this old saying in our choreography. It’ll be more powerful than ever.”

BTS is also known as the Bangtan Boys, Bulletproof Boy Scouts, Beyond The Scene, and Bangtan Sonyeondan. The group debuted on June 12, 2013 with the song “No More Dream” and they continue to rise in success. BTS is known for their hit songs, dancing and definitely their huge social media presence. The cheering for them at the BBMAs this year is louder than for any other group or artist. The members of the group consist of vocalist Jin, rapper Suga, rapper J-Hope, rapper and leader RM, vocalist Jimin, vocalist V, and vocalist Jungkook.

When it comes to the social lives of the BTS boys, Metro UK has reported that some of them have been rumored to be dating, while others are supposedly single. Jin was reported as dating comedian Lee Guk-joo, while V is reportedly dating a fan called Hi.

Currently, BTS is gearing up for their 2018 world tour, which is titled “BTS World Tour: Love Yourself”. It was officially announced on April 26, 2018 and is set to kick off in Seoul, on August 25, 2018. Recently, band leader RM dished to Billboard on the group’s most recent album, saying, “We’re trying to say that if you, in love, when you’re not true to yourself, the love won’t last. Because love is complex and we always have the dark sides and the sad sides.”

The red carpet road to the @BBMAs Feels like we're wearing magic slippers on our way to meet you <3 #iVoteBTSBBMAs 빌보드 뮤직 어워즈 레드카펫에서의 #방탄소년단 입니다?

Recently, BTS revealed that they might have a collaboration with Shawn Mendes in the works. They told E! News that they met Mendes at the American Music Awards and that if he likes their work, they may come together for a project. Steve Aoki has already teamed up with BTS and dished to Billboard about how they connected, despite the language barrier. He explained, “When I got in the studio with other artists that are not speaking English. K-pop artists like BTS, or Daddy Yankee, where we’re trying to do something different — it’s always about, how do we connect to the global culture? … It’s becoming more and more that way. The way in which people listen to music. It’s not necessarily about what’s popular on American radio. Actually, that’s not necessarily important as what’s popular with your friends.”

In addition to performing at tonight’s show, BTS was nominated for Top Social Artist at the BBMAs, which is a fan-voted category … And, they won! The group was up against Justin Bieber, Ariana Grande, Demi Lovato and Shawn Mendes. 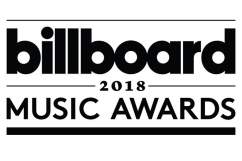