Actor John Goodman was spotted out and about on Tuesday, May 29, looking rather depressed. Paparazzi caught up with Goodman, who was walking his dog in New Orleans, Louisiana, where he lives. The actor, who has been part of the Roseanne cast for several years, didn’t look too happy in the snapshots posted by TMZ.

It could be worse #johngoodman You could be working with Boyer. pic.twitter.com/uJGzLiRp5W

Goodman played the role of Dan Conner on the popular sitcom, which was recently rebooted. The show’s wild success earned it a green light for another season, which was set to air in the fall.

According to Variety, Roseanne ended its first season as the “No. 1 scripted primetime television series in the 18-49 demo, according to Nielsen live-plus-same say numbers.” However, following a Twitter tirade from lead actress, Roseanne Barr, ABC decided to pull the show from its lineup.

In one of Barr’s tweets, the actress took aim at former Barack Obama aide, Valerie Jarrett, calling her the offspring of the “Muslim Brotherhood & Planet of the Apes.” The racist comment sparked major controversy on social media with thousands of Twitter users calling for ABC to pull Roseanne from the air. A few hours later, a decision was made.

“Roseanne’s Twitter statement is abhorrent, repugnant and inconsistent with our values, and we have decided to cancel her show,” ABC Entertainment president Channing Dungey said in a statement released.

“I apologize to Valerie Jarrett and to all Americans. I am truly sorry for making a bad joke about her politics and her looks. I should have known better. Forgive me-my joke was in bad taste. I am now leaving Twitter,” Barr wrote. She continued on a Twitter rant on Wednesday.

While Goodman and the rest of the Roseanne cast are now out of a job, The Hollywood Reporter confirms that many of the actors involved with the show will still earn their due paychecks.

“Per multiple insiders, reps for the stars, including Sara Gilbert, Laurie Metcalf and John Goodman, who recently negotiated new deals for the 11th season at $350,000 an episode (up from $250,000 a year before and still shy of Barr’s estimated $500,000 per-episode fee), are expecting to still be compensated for the season since, as many note, ‘their options were exercised.’ Or at least that’s the case they intend to make if ABC opts not to pay them for the jettisoned season. ‘They’ll lawyer up if they have to,’ says a source with ties to the show.”

Goodman has not commented publicly on Barr’s tweets or Roseanne‘s cancellation.

“Roseanne’s recent comments about Valerie Jarrett, and so much more, are abhorrent and do not reflect the beliefs of our cast and crew or anyone associated with our show. I am disappointed in her actions to say the least. This is incredibly sad and difficult for all of us, as we’ve created a show that we believe in, are proud of, and that audiences love— one that is separate and apart from the opinions and words of one cast member,” Gilbert tweeted. 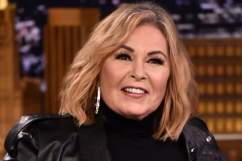 Why Was ‘Roseanne’ Canceled?