On tonight’s episode of Big Brother 2018, a new head of household competition comes into play and another houseguest gets evicted. Whether you do or do not have cable, there are several cable-free options available in order to live stream Big Brother this season. Read on below for the available ways to watch the show:

Amazon Prime: If you have Amazon Prime or want to start a free 30-day trial of Amazon Prime, you can watch any CBS content (both live and on-demand) via the CBS All-Access Amazon Channel, which comes with a 7-day free trial. Once you’re signed up for both Amazon Prime and the CBS channel, you can watch tonight’s Big Brother eviction live on your computer via the Amazon website, or you can watch by using your phone, tablet or via streaming device on the Amazon Video app.

CBS All Access: This service lets you watch a live stream of your local CBS channel (most markets included), as well as all of CBS’ on-demand library, so that you can watch Big Brother. It’s pretty much the same as the above streaming option, except for the fact that you’re watching through CBS’ digital platform rather than Amazon’s. You can sign up for a free 7-day trial, and then you can watch CBS live on your computer via the CBS website, or on your phone, tablet or streaming device via the CBS app.

With CBS All-Access, not only can fans watch the show, they can also watch the cast as they live in the house 24/7, with the live feeds available via All-Access. In addition, fans get the opportunity to watch every episode from every season of Big Brother via CBS All-Access. According to CBS, fans without a CBS All Access subscription will still be able to catch up on the latest episodes form this season on CBS.com and the CBS App for mobile devices and tablets.

The live feeds for the show are available through the CBS All-Access subscription service on a monthly basis. After the free 7-day trial, subscribers can pay for the service with limited commercials $5.99/month or commercial-free for $9.99/month. All live feeds are available by using desktop, mobile phone and streaming media players. There are a couple features that are only available via desktop, though, and one is the fan-created chat rooms. Also, subscribers can rewind the feeds from the beginning and can view highlights. Again, this is available via desktop. Big Brother Live Feeds are available in the USA only.

FuboTV: The CBS network (live in select markets) is included in the “Fubo Premier” channel package. You can sign up for a free 7-day trial, and you can then watch CBS live on your computer via the FuboTV website, or on your phone, tablet or streaming device via the FuboTV app. 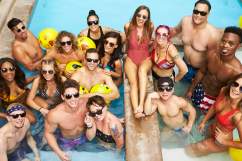