ABC/Paul Hebert After surviving shocking twists and turns, and a journey filled with laughter, tears, love and controversy, Becca heads to the Maldives with her final two bachelors: Blake and Garrett. She can envision a future with both men, but time is running out. Then later, Becca will be in studio with Blake and Garrett to discuss the stunning outcome and the heartwrenching decisions that changed all of their lives forever.

Becca Kufrin does get engaged on the 2018 finale episode of The Bachelorette. With only two men left in the mix, Kufrin voiced on the finale that she had difficulty choosing the man she wanted to be her mate in life. It was down to Garrett Yrigoyen and Blake Horstmann, but before we reveal who get engaged to Kufrin, THIS IS YOUR BIG SPOILER WARNING. Be sure to STOP READING NOW if you do not want to know about the man Kufrin ends up with at the end of The Bachelorette season 14.

Now let’s get into all the details. So, is Becca Kufrin engaged to Garrett Yrigoyen? The answer, according to Reality Steve, is “yes”. Kufrin also has confirmed to the media that she is, indeed, engaged.

Over the course of the Bachelor and Bachelorette seasons, often the person who receives the first impression rose, ends up with the star at the end. And, this certainly held true for Kufrin and Yrigoyen. During the overnight dates episode, Kufrin admitted to the cameras that, “I gave him that first impression rose for a reason and since then, I’ve been blown away by him. I’m in love with Garrett, but the question is, ‘Can he always challenge me and push me and honestly last for a lifetime?'”

During the premiere episode of the season, Reality Steve reported that, when former Bachelorette contestants gave Kufrin advice on the show, “Kaitlyn, JoJo, and Rachel join Becca at the mansion for a girl chat … And they certainly make it a point to remind everyone that all 3 men that they’re with are men they gave their first impression rose to AND got the first kiss of the season. Something Becca does with Garrett this episode.”

For Yrigoyen’s final solo date with Kufrin on the finale episode, ABC reported that, ” … Becca’s last date with Garrett, and she is still unsure of who she will choose to be her husband. Despite her indecision, the couple has a wonderful day sailing and spotting a school of dolphins. Their evening is perfect as they seem to be on the same page and very comfortable with each other, but there is still another final date to come.”

As far as the couple goes today, are they still together? According to Reality Steve, they are still together, but there have been reports that the two aren’t as strong in their relationship as fans may hope. Reality TV World has reported that Kufrin is still in love with runner-up Horstmann and that she may not be as “compatible” with winner Yrigoyen. But, this could just be a rumor, right?

An insider reportedly told Life & Style that, “Becca told herself that she’d never go back on her choice. But the truth is, she left the finale in love with both men. And still, months later, she’s in love with the runner-up … She’s still engaged, of course, but Becca and the winner just aren’t as compatible as she had thought. She keeps wondering, ‘What if?'”

The insider also said that when it comes to Kufrin, “She’s constantly talking about falling in love with two guys, which doesn’t make the winner feel really good. She can’t call him directly … So she’s been talking about falling for him to make sure he knows how she feels … If things don’t work out with the winner, Becca will definitely call the runner-up and hope that he still feels the same way.” Whatever the case, Reality TV World has reported that Kufrin is “trying to make it work”. Hopefully, the couple stands the test of time. 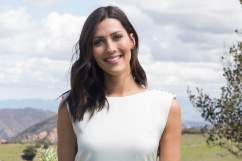