Brooklyn Decker and Andy Roddick have been happily married since 2009. The couple married relatively young — when Decker was just 22. In a recent interview, the mom of two revealed that she has legally changed her last name to Roddick, though she does still use her maiden name for business purposes.

The Just Go With It actress also opened up about her decision to marry Roddick, and explained how they have grown together.

“I was 22, he was 27, we were both earnest and I think naive and optimistic and us against the world. We were like, ‘We want to get married and want children and who cares,’ and we just did it. I don’t know that we necessarily had that base partnership that is required when you get married. We were just infatuated with each other, and fortunately we’ve built upon that infatuation. [Now] we are life savvy, we’re business savvy, we’re planning for the future… There’s an understanding now that I don’t think was there before,” the actress told Dannijo founder Danielle Snyder on her No Filter podcast.

Decker and Roddick welcomed their second child, Stevie, in January 2018. Their son, Hank, is 3.

The Roddicks manage to live their lives out of the public eye — for the most part — and rarely share photos of their kids. In fact, one of the only recent pictures of Stevie was posted by Decker this past June. You can check it out below.

Me, cradling my gorgeous kid and talking all things @yourfinery on @hatchgal ! Thanks, Hatch, for having me and for accommodating my constantly-changing bod. ?: @_heather_moore

Prior to that photo, Decker shared another of Stevie in May, only showing the back of the child’s head. In November 2017, she posted a video of Hank, but the child’s face wasn’t visible. 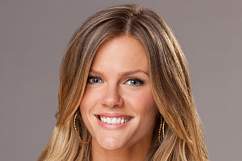 Brooklyn Decker of ‘Friends With Better Lives’: 5 Fast Facts You Need to Know