Luke Cuccurullo and Kate Sisk are one of the four couples on Married at First Sight this season and they haven’t had the best start to their relationship as a married couple. While Sisk said she was attracted to her new husband, Cuccurullo made it clear he did not feel the same. Sisk previously told the cameras on the show that after Cuccurullo finally kissed her on their honeymoon, he told her that he was “repulsed and felt dead inside”. This would be a nightmare for any married couple.

Pastor Cal, one of the experts on MAFS, commented on the incident during the aftershow. According to Newsweek, Pastor Cal exclaimed, “I mean, come on! Anybody watching this can see how this is just asinine. This is the most ridiculous thing I’ve ever seen. To respond by saying, ‘I am repulsed,’ and, ‘I feel dead inside,’ that is just a boneheaded statement to make. I mean, why would you do that?!”

After this, Cuccurullo told the cameras that kissing Sisk felt unnatural and that he had “turned off” his emotions in order to actually kiss her. He also said, “It felt really disjointed somehow, and it definitely was a situation that was uncomfortable. If you’re marrying a stranger, there’s 100 percent a chance that you guys don’t mesh, that you guys aren’t attracted to each other, but it’s definitely a risk that I took and it feels absolutely terrible that this relationship won’t work out.” Cuccurullo appeared uncomfortable about discussing his lack of attraction to his wife.

In a preview clip from the upcoming season, Cuccurullo is shown at some point sitting down at, what appears to be, a restaurant with another woman. Then, in another scene, Sisk starts crying as she says that it was her anniversary with her husband and she was hoping they could do something nice that day. Sisk ends up not being able to finish what she was saying and runs to the bathroom sobbing. 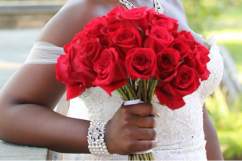 ‘Married at First Sight’ Season 8 Cast: Get to Know the Couples

So, are Cuccurullo and Sisk still together or did they get a divorce? So far, there are no reports of a divorce, but it doesn’t mean that the couple has not broken up. We are guessing that these two are not “meant to be”. Pastor Cal weighed in on whether he thought the couple could overcome Cuccurullo’s harsh comments to Sisk on their honeymoon, he stated on the show’s aftershow, “I believe in marriage. I believe in the ability to rebound. That’s my internal belief about relationships, but I also am a realist. If they are going to get by this, he has an incredible amount of work to do to repair.” Pastor Cal also said that he thought Sisk handled the situation incredibly well.

Daily Mail reported that Pastor Cal was so floored by Cuccurullo’s comments to Sisk that he threatened to kick him off the show. Pastor Cal says, “In all my time on Married at First Sight, and in all the couples that I have dealt with and counseled, I never heard anyone say something so vile to their spouse … It’s abusive. It’s rude. It’s uncalled for, and we cannot allow this.” Ultimately, Cuccurullo stayed on the show and decided to stick things out, at least for the time being, since he’s shown in the season’s super trailer in future episodes.

Read More
Reality TV, TV
Married at First Sight is well underway. Luke Cuccurullo and Kate Sisk are the couple to watch on MAFS and we have the rundown on them here.