Getty Woody Allen poses for photographers next to a poster for his film "Celebrity" prior a press conference for its promotion in Rome.

Dylan O’ Sullivan Farrow is the daughter of Woody Allen and Mia Farrow.

The now-35-year-old writer made headlines after she accused Allen of sexually molesting her in an attic crawl space when she was 7-years-old, according to The Wrap.

The allegations came months after Allen had an affair with Farrow’s adopted daughter, Soon-Yi Previn. Allen has repeatedly denied any inappropriate behavior toward Dylan.

The sexual abuse case was dropped after it was determined that Dylan was too “fragile” to withstand a trial, but Farrow received full custody of the little girl following her split from the Oscar-winning filmmaker, according to People.

In a statement, Allen fired back  HBO’s Allen v. Farrow, a documentary in which Dylan and Mia were heavily involved as they told their side of the events of the early 1990s.

“As has been known for decades, these allegations are categorically false,” the statement read, per Deadline. “Multiple agencies investigated them at the time and found that, whatever Dylan Farrow may have been led to believe, absolutely no abuse had ever taken place. It is sadly unsurprising that the network to air this is HBO – which has a standing production deal and business relationship with Ronan Farrow. While this shoddy hit piece may gain attention, it does not change the facts.

The Texas-born Dylan was first adopted by Mia Farrow in 1985. Six years later, Farrow’s longtime partner Allen, who had assumed a fatherly role to the little girl from the time Farrow brought her home as a baby,  formally adopted Dylan, per the New York Times.

In his 2020 memoir Apropos of Nothing, Allen wrote of his love for Dylan.

“I quickly found this tiny baby girl adorable and found myself more and more holding her, playing with her, and completely falling in love with her, delighted to be her father,” he wrote, per The Guardian.

Allen also legally adopted Farrow’s son Moses in 1991. The former couple had one biological child, Ronan Farrow, who was born in 1987.

Dylan Farrow Recently Said She Feel Like She Has No Father 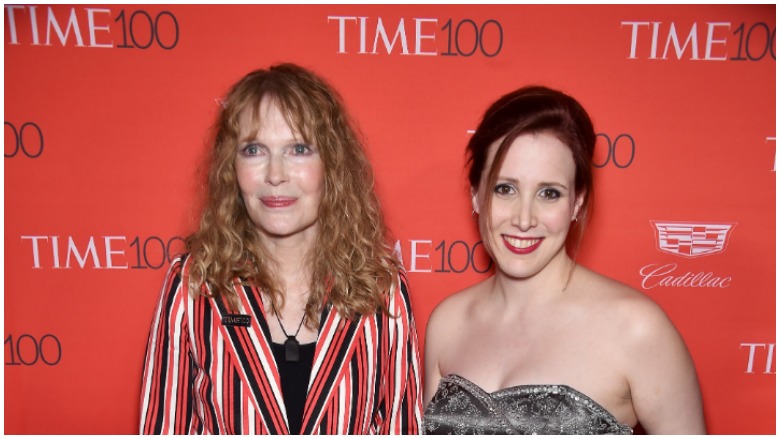 Dylan has been estranged from Allen ever since she and her mother accused him of inappropriate actions when she was a child.

In a Vanity Fair article, it was stated that Allen tried to contact Dylan twice by mail, the first time when she was 18 years old. The envelope had a London postmark and included a letter from Allen saying that now that Dylan was 18 he wanted to have a “conversation” with her to “set the record straight about what your mother has told you.”

Three years later when Dylan was a college senior, she received a large envelope at school filled with photos of her and Allen together when she was a child.

She told Vanity Fair that the accompanying letter from Allen read: “I thought you’d want some pictures of us, and I want you to know that I still think of you as my daughter, and my daughters think of you as their sister. Soon-Yi misses you.”  Allen signed the note, “Your father.”

In a recent interview with Elle, Dylan – who changed her name at age 8 to distance herself from her childhood memories, but still uses the moniker as a pen name –  said she feels like she doesn’t have a dad.

“I don’t feel like I have a father,” Dylan said. “There’s no support group for people whose sisters marry their fathers. Or is he my brother-in-law? And is she my stepmom? I’ve got to joke about it!”

In his book, Allen stated that he “would welcome Dylan with open arms if she’d ever want to reach out,” per an excerpt published in the New York Times.

“One of the saddest things of my life was that I was deprived of the years of raising Dylan and could only dream about showing her Manhattan and the joys of Paris and Rome,” he wrote.