Gilda Radner was one of the pioneering cast members on “Saturday Night Live.” The actress and comedienne starred on the NBC sketch-comedy show from 1975 to 1980 and was known for her memorable characters such as Roseanne Roseannadanna, Lisa Loopner, and her Barbara Walters-inspired alter ego, Baba Wawa. After leaving “SNL,” sh Radner appeared in several movies, including “First Family,” “Hanky Panky, “The Woman In Red,” and “Haunted Honeymoon, per her IMDB page.

Radner also won an Emmy Award for her work on “SNL” in 1978 and was inducted into the Television Academy Hall of Fame in 2017, according to Emmys.com.

Sadly, the multi-talented star’s life was tragically cut short less than 10 years after she ended her iconic run on “Saturday Night Live.” 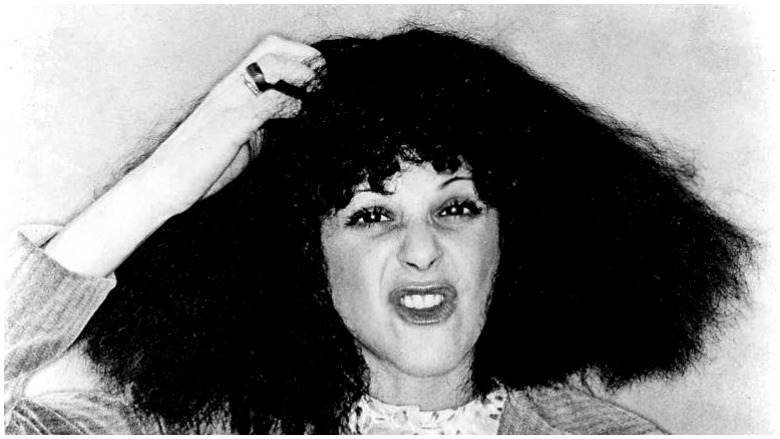 Radner died on May 29, 1989, at Cedars Sinai Hospital in Los Angeles. The comedy legend was just 42-years-old when she passed away from ovarian cancer with her husband, actor Gene Wilder, by her side, according to an obituary by The Associated Press. Radner was first diagnosed with ovarian cancer in 1986 and briefly went into remission following nine months of chemotherapy. She also underwent dozens of radiation treatments and surgery in the months before her death.

Radner’s illness was initially misdiagnosed, per Biography.com. After trying to conceive a child with Wilder and told she was infertile, Radner began to feel extremely tired and suffered from on-and-off brain fog. Doctors initially told the actress she had Epstein-Barr virus, but she began to experience even more serious symptoms, such as bloating, severe cramping, and trembling.

In October 1986, Radner was diagnosed with stage IV ovarian cancer after doctors found a grapefruit-sized tumor during surgery. She died three years later after never waking up from sedation for a CAT scan after fearing she might not.

Radner’s memoir, “It’s Always Something,” was published the same year she died and it documented her heartbreaking cancer diagnosis. 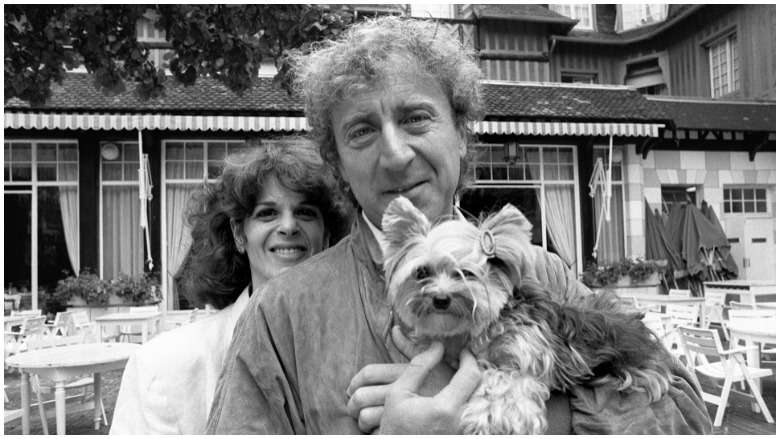 GettyGene Wilder poses with his wife Gilda Radner, on September 07, 1984, during the 10th American Film Festival of Deauville.

Following Radner’s death, Wilder became an advocate and philanthropist for the fight against ovarian cancer. The actor testified before a congressional committee to fight for increased funds for cancer research and testing after concluding that his wife did not have to die the way she did, per the Associated Press.

Wilder also helped raise millions of dollars for cancer research and helped establish the Gilda Radner Ovarian Detection Center at Cedars-Sinai Medical Center. He later penned a powerful article about his wife for People magazine in which he detailed Radner’s misdiagnosis and unnecessary premature death.

”I’m not trying to make up for a wrong that can’t be righted,” he  said at the time, adding that his goal was ”to help save the Gildas out there that still have a chance.”

In his essay, Wilder revealed that when his wife was finally told that she had ovarian cancer she cried and then turned to him to say, ”Thank God, finally someone believes me!”

Wilder wrote that Radner’s illness could gave been caught at a less-advanced stage if she had been given a CA 125 blood test as soon as she told doctors her symptoms instead of 10 months later, He also said doctors never did a thorough check to see if there was a history of ovarian cancer, which there was with her grandmother, a cousin and an aunt.

“The doctors who worked with Gilda were mostly wonderful people,” he wrote. “But here’s the thing: None of them put it all together and said, ‘Wait a minute, now. Does anyone in your family have ovarian cancer?”

Wilder died in 2016 from complications of Alzheimer’s disease. He was 83.