Getty Denise Richards is "kinda over seeing crappy pics of myself."

Denise Richards had some words for the paparazzi who snapped photos of her at the airport.

The 50-year-old former “Real Housewives of Beverly Hills” star has been busy with work —  she just scored a big-screen film role in the upcoming movie “Junkyard Dogs,” among other projects, per Deadline — but she wasn’t thrilled when photos turned up online that showed her wearing a Guns N’ Roses sweatshirt, sneakers, a face mask and no makeup as she returned to Los Angeles on a flight from Canada.

A report from the Daily Mail described Richards as “dressed casually with no makeup and her blonde hair disheveled.” The outlet also claimed that the former Bravo star was “saddened” by her 17-year-old daughter’s recent claims that Richards and her husband are “abusive.”

It didn’t take long for Richards to post a close-up photo of herself to her Instagram page. In the caption, the mom of three wrote that she was happy to be back home after flying in from Toronto. Richards revealed that she endured a “whirlwind shoot” at multiple locations but clarified that she loves her work as an actress.

She then added a disclaimer about her personal life, as well as her getting “caught” looking less than glamorous.

“Over the many years.. whether I’m filming or doing live talk shows, with lots of stuff in the media. It was painful, humiliating at times, and challenging,” she wrote. “However, I was raised to show up, be professional, & suck it up buttercup, give 150 percent & park the crapola outside the door. And that is what I do. At least I try my best to do.”

Fans know that Richards has been dealing with some drama with her eldest daughter Sami. The teen recently moved out of Richards’ house to live with her dad, actor Charlie Sheen, after claiming her mom’s house was an “abusive household,” Page Six reported on September 10.

In her Instagram post, the former “RHOBH” star did not elaborate on her personal challenges, but she did sarcastically address the photos of her at the airport.

“And yes,” Richards wrote, tagging the tabloid. “I just landed after working long days. Maybe I should start having my glam done on my flights & my glam done going to the grocery store. starting to see why I should. Kinda over seeing crappy pics of myself. I get it.”

In the comment section, the “Wild Things” alum received support from fans and celebrity friends.

“U always look AMAZING my friend!” wrote pal Scout Masterson. “Whether you’re picking up dog s*** or doing a photo shoot. You are stunning!!”

“You are AMAZING AND APPRECIATED for always ‘keepin it real with class!’” added actress Erika Eleniak. “I am so sick and tired of the whole bs of the standards that WOMEN in the film industry are held to ( INHUMAN AND IMPOSSIBLE) I am definitely considering dedicating my next podcast season solely to what women in Hollywood ACTUALLY go through. KEEP BEING YOU and inspiring the rest of us.” 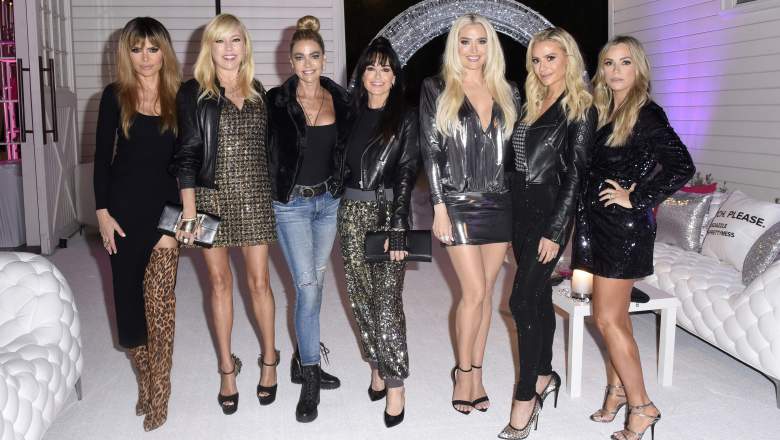 While “The Real Housewives” are known for their glam, during her two seasons on the show Richards often preferred to dress down. She sometimes showed up to cast events wearing jeans and casual shirts. In one memorable scene, veteran “RHOBH” star Kyle Richards called Denise a “ragamuffin” for the way she dressed. Kyle later said she regretted the name-calling, but explained she did not mean the word as an insult.

Kyle Richards told Us Weekly that the word “ragamuffin”  was something her mother used to say to her when she was a kid.

“I said it in a not nice tone, that’s what I regret,” she told the outlet. “But the word, honestly, my mom used to always, you know, call me a little ragamuffin. … It wasn’t like a horrible word, you know what I mean?”

This is what 54 looks like……she is only 50…..hmmmmm..even the rest of them…look like they lived a rough life….except lisa rinna …Lisa is the best looking one.

-3
wpDiscuz
1
0
Would love your thoughts, please comment.x
()
x
| Reply
The actress reacted to unflattering tabloid photos and rumors about her personal life