ABC/Craig Sjodin Michelle Young addresses her suitors on season 18 of "The Bachelorette."

Before we go any further, beware of MAJOR SPOILERS below. STOP READING if you do not want to know what happens throughout the season.

ABC describes Young’s suitors as “incredible men” who are “hoping to impress Michelle with their charm, wit and dashing good looks.”

Here are the men to watch for: 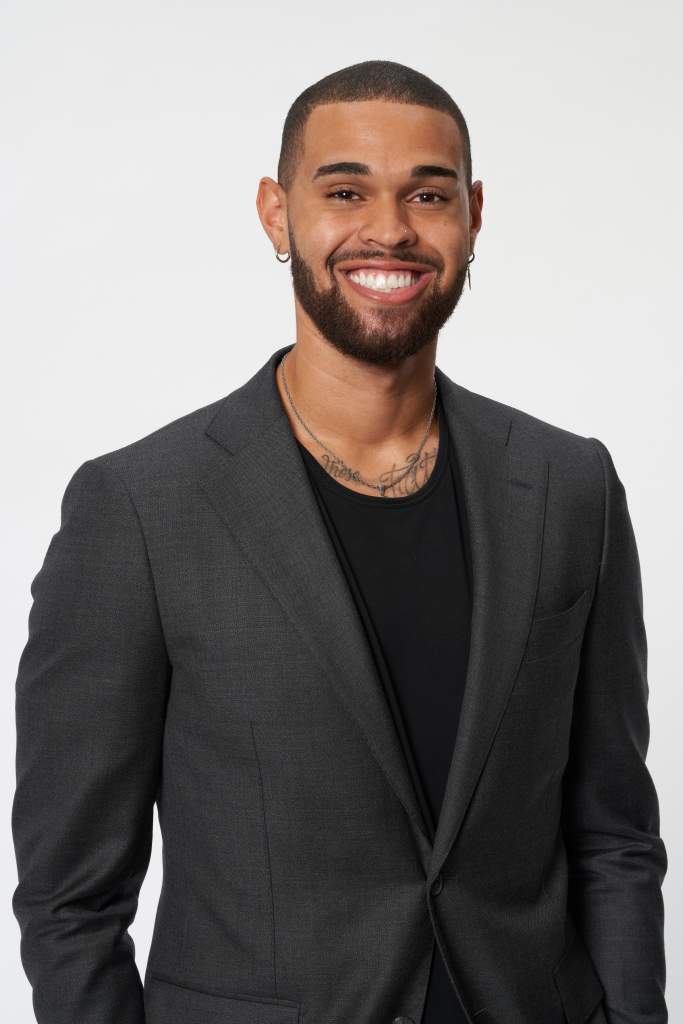 The cast’s group photo gave away Young’s first impression rose recipient: Nayte Olukoya. In Entertainment Weekly’s sneak peek of the shot, he is the only contestant with a rose pinned to his lapel.

“For those who’ve asked for the last month who got Michelle’s first impression rose, the group photo gives it away,” Reality Steve tweeted in response. “Only one guy has the rose on his lapel and this photo is always taken towards the end of night 1. Thanks ABC!”

Olukoya is a 27-year-old Sale Executive from Austin, Texas.

“He has a smile that sparkles like the stars, he is always the life of the party; and to boot, he is a 6-foot, eight-inch Adonis of a man,” according to his ABC profile. “Nayte doesn’t have trouble meeting women, but as he edges closer to 30, he’s more focused on finding a long-lasting relationship that will go the distance. His dream woman is outgoing, spontaneous and has enough swagger of her own to keep up with him.”

Keeping with a major “The Bachelorette” trend, Olukoya will go on to win the final rose of the season. On October 5, Reality Steve revealed that he and Young are engaged. 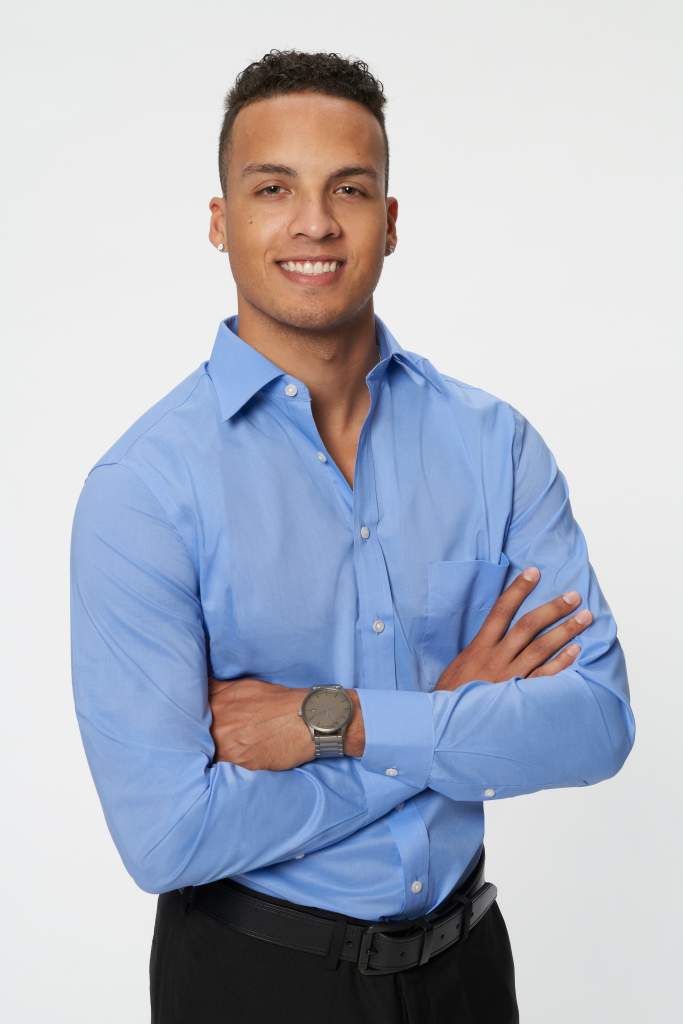 Another contestant making it far this season is Brandon Jones, a 26-year-old traveling nurse recruiter from Portland, Oregon.

“He is kind, confident and looking for a wife whose passionate personality can keep up with his,” according to his ABC profile. It goes on to state he wants a goal-oriented woman, adding, “He doesn’t want to be with someone who is still figuring herself out, and he hopes to find someone who can be his best friend and teammate for the rest of their lives.”

According to Reality Steve, Jones will be this season’s runner-up. “Well thank you for that preview of Michelle’s season ABC,” he explained in an October 5 tweet. “Now I know who the #2 guy is on her season, since you know now who won as I spoiled earlier today. Her #2 is Brandon Jones.”

Sharing snapshots from their one-on-one date, Reality Steve continued, “I told you I had pics from Mexico 2 days before the final rose ceremony of Michelle on a date with someone jet skiing but I couldn’t tell who it’s. Well, now I know it’s Brandon. Here were the two pics I had and here’s him on the beach w her in same swimsuit that day.”

Clayton Echard Is The Next Bachelor

(VIDEO): New Bachelor Clayton Echard, being introduced today to the fans in his hometown of Eureka, MO. pic.twitter.com/dUxoAz0mi6

A contestant from Young’s season, Clayton Echard, is widely reported to be the next Bachelor.

The 28-year-old is a former college football player turned Medical Sales Representative. According to ABC, he has “good looks, a great job and a wonderful family. The only thing missing is the perfect woman with whom to share his life.”

“His dream woman is funny, independent, intelligent and athletic enough to join him at the gym for a workout,” his profile continued. “He wants to find something truly special and is willing to put in the hard work to find love that will last forever.”

Sean Flower, the mayor of Echard’s hometown of Eureka, Missouri, seemingly confirmed the news on his Facebook page. “Eureka native Clayton Echard, the next ‘Bachelor’, and a film crew from the show will be on location in downtown Eureka today around 3:00,” he wrote. “Eureka folks are welcome to come down to wish him good luck on the show and watch the shoot.”

While it is unclear how far Echard will make it this season, Bachelor Whatever predicted he made it to hometown dates based on his social media activity.

As to why he would be a good Bachelor, former “Bachelorette” lead and current host, Tayshia Adams, told Entertainment Tonight, “If it were to be him, truthfully, he was very personable. He seems super fun. I think he’d be a great Bachelor. He was someone that really had fun with all of the dates. I think if it is him, you’re in for a little treat.”

There Is Early Drama Betweeen Will Urena and Peter Izzo

The season promo teased drama between Will Urena and Peter Izzo.

Urena retorted, “You’re not the big dog, the big dog has a jacket,” before Izzo is seen throwing said jacket in the pool.

According to Bachelor Whatever, “Looks like this drama between Will and Peter will take place at the beginning of the season.”

Urena is a 28-year-old Academic Interventionalist from Grand Rapids, Michigan who describes himself as “classy, swaggy and sharp” per his ABC profile.

“He is more than ready to make a substantial connection with someone and is also very tired of being the only single one in his group of friends,” according to his profile. “Will is looking for a thrill-seeking woman who is always up for a spur-of-the-moment adventure. His dream woman is loyal, ambitious, accountable, and ready to push him every day to be the best version of himself because he’s going to do the same for her.”

Meanwhile, Izzo is a 26-year-old “Pizzapreneur” from Port St. Joe, Florida according to ABC. He is a “hopeless romantic who commits for the long haul,” and “is a man of passion, and when he decided to professionally pursue his love of food, he moved all the way to Italy to study the cuisine firsthand.”

Having opened a pizzeria, he is looking for his “dream woman” who is “honest, committed, spontaneous and not interested in talking politics on a date” with “ambitions of her own.”

READ NEXT: ‘The Bachelorette’ 2021 Premiere Spoilers

Loading more stories
wpDiscuz
0
0
Would love your thoughts, please comment.x
()
x
| Reply
Thirty men are vying for Michelle Young’s heart on season 18 of “The Bachelorette.” Here are the FIVE men you should watch.