John Legend insisted that his wife is doing “great” on the heels of bullying drama involving Courtney Stodden that came to light in May, according to the Daily Mail.

The outlet published the comment, along with photos and a video of Legend leaving the couple’s Los Angeles home, on June 16, just two days after Chrissy Teigen took to Medium to write an apology for her past behavior — specifically, for bullying tweets and private messages she sent on social media.

In her apology, Teigen wrote, “Hi all. It has been a VERY humbling few weeks. I know I’ve been quiet, and lord knows you don’t want to hear about me, but I want you to know I’ve been sitting in a hole of deserved global punishment, the ultimate ‘sit here and think about what you’ve done’. Not a day, not a single moment has passed where I haven’t felt the crushing weight of regret for the things I’ve said in the past. As you know, a bunch of my old awful (awful, awful) tweets resurfaced. I’m truly ashamed of them. As I look at them and understand the hurt they caused, I have to stop and wonder: How could I have done that?”

What is Teigen apologizing for?

Courtney Stodden Accused Teigen of Bullying Them in May

In May 2021, Courtney Stodden told The Daily Beast that Teigen bullied them in private messages on Twitter. Stodden is a media personality who gained notoriety in 2010 at the age of 16 after marrying actor and acting coach Doug Hutchison. They have since appeared on reality TV shows like “Couples Therapy,” “Celebrity Big Brother,” “Reality Ex-Wives,” “Celebs Go Dating” and “Courtney.” Stodden came out as non-binary in April.

Speaking about Teigen in their Daily Beast interview, Stodden shared, “[Teigen] wouldn’t just publicly tweet about wanting me to take ‘a dirt nap’ but would privately DM me and tell me to kill myself. Things like, ‘I can’t wait for you to die.’ And not only her, but Joy Behar had a field day with calling me a ‘slut.’ Courtney Love told me I was a ‘whore.’ People came out of the woodwork to beat up on a kid because she was in a situation that she shouldn’t have been in. There were a lot of celebrities acting like playground bullies. Some of the worst treatment I got was from women, and we’re not going to get anywhere if we keep holding each other back.”

After Stodden came forward with these statements, Teigen posted a long apology on Twitter, writing in part, “Not a lot of people are lucky enough to be held accountable for all their past bulls*** in front of the entire world. I’m mortified and sad at who I used to be. I was an insecure, attention seeking troll. I am ashamed and completely embarrassed at my behavior.”

After that, Teigen went off social media and “decided to step away from the guest role” in the Netflix series “Never Have I Ever,” Vulture reported in early June.

In addition to Stodden, other stars like Lindsay Lohan and Michael Costello have accused Teigen of bullying them, BuzzFeed reported.

Teigen: ‘I Was a Troll, Full Stop’ 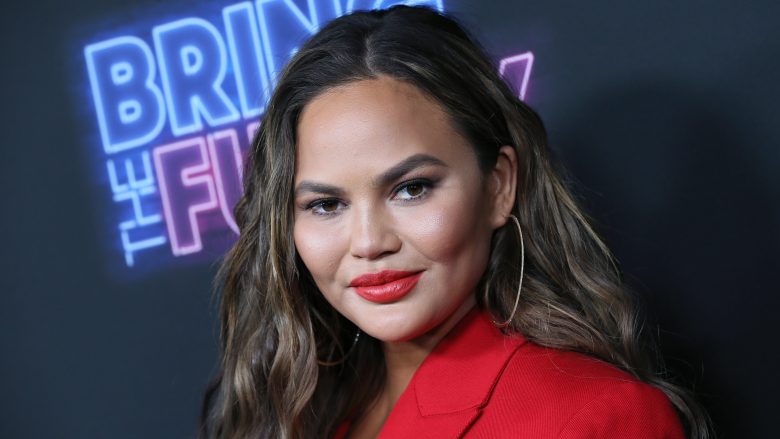 On Medium, Teigen apologized for her actions, writing,”There is simply no excuse for my past horrible tweets. My targets didn’t deserve them. No one does. … I was a troll, full stop. And I am so sorry.

“I thought it made me cool and relatable if I poked fun at celebrities,” she continued. “Now, confronted with some of the things that I said, I cringe to my core. I’ll honestly get sharp, stabbing pains in my body, randomly remembering my a****** past, and I deserve it. Words have consequences and there are real people behind the Twitter handles I went after. I wasn’t just attacking some random avatar, but hurting young women — some who were still girls — who had feelings.

She wrote that “it’s been a heavy few weeks” and she is focusing on “being with my family and taking care of myself” for now. “I know I let you down, but I hope I can make you proud,” she wrote. “We are all more than our worst moments.”

She concluded, “I won’t ask for your forgiveness, only your patience and tolerance. I ask that you allow me, as I promise to allow you, to own past mistakes and be given the opportunity to seek self improvement and change,” she wrote. “Phew. A lot, I know. Thanks for listening.”