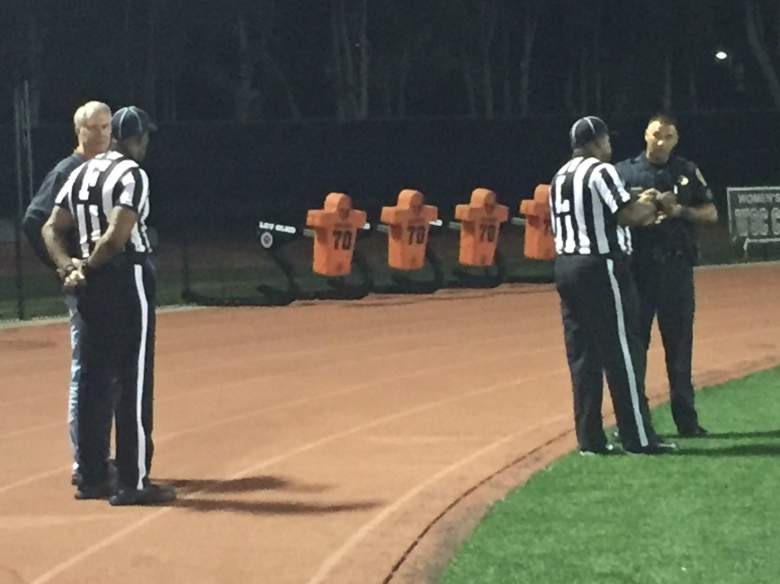 Game officials were interviewed by police following the game (twitter.com/vcscolleges)

An important matchup in the California junior college ranks Saturday night took a violent turn, as an offensive lineman knocked out an official after being separated from a player on the opposing team.

Ventura College police taking statements from other members of officiating crew after the game. pic.twitter.com/TeFAI6FhcX

Per the Ventura County Star, Schirmer, a 6-foot-5 freshman from Long Beach, California, was arrested on suspicion of battery on a game official following the game.

Ventura College would go on to win the game 35-29, knocking off the team ranked first in the JCFootball.com national poll entering the weekend. 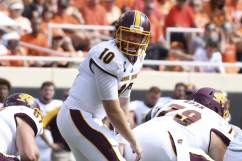