Fuse is the former game initally known as Overstrike. The name may have changed, but the fast paced third-person shooting mechanics have stayed in place. Check out the trailers and gameplay videos for EA/Insomniac Games’ 4-player, co-op shooter. 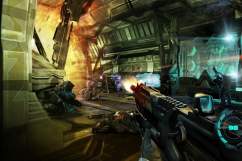