If you’ve been gaming for as long as some of us have, then you’ve surely had an obscene collection of consoles in your room at one point in your life. Everyone loves the good ol’ days of the NES, Sega Genesis, SNES, PlayStation, N64 etc. But some folks still reminisce over those video game consoles that didn’t seem to be as successful as they should have been. There’s six consoles in particular that are home to some of the best games ever played, yet these consoles never seemed to really strike a match with way more gamers. These pieces of under appreciated video game tech also classify as the most underrated video game consoles of all time.

It’s a sad fact that the Neo Geo Pocket Color officially stands as SNK’s last video game console. It didn’t get a lot of love here in the States, plus the presence of Nintendo’s portable machines was really major at the time. After playing with it for a few years after the fact, we’ve come to appreciate the simple set-up and awesome games lineup. There were fighting games, card battling games and several ports of SNK’s best arcade franchises. This lil’ guy was definitely compact and cool to pull out on a crowded train. Trust us on this one – hit up Amazon and cop a Neo Geo Pocket Color. You’ll fall in love with the analog stick’s somewhat relaxing clicking noise.

Also known as the PC Engine in Japan, the TurboGrafx-16 was a 16-bit system that was marred by Nintendo’s third-party strong arm tactics and no strong marketing efforts. It’s awesome and kind of sad how this 16-bit’s console’s games ended up being some of the most downloaded digital titles on the Wii’s Virtual Console. The system ended up getting super popular years after it landed on the video game market. We made sure not to ignore this system at the time of launch. It was home to so many cool platforming games and pinball titles. Having Hudson’s support for this system also gave it two of the best Bomberman games ever created. The TurboGrafx-16 stands among the best 16-bit consoles.

When Sony took a stab at creating portable gaming machines, the gaming world was pretty excited at the prospect of 3D games being playable outside of the living room. The PSP not only looked incredibly attractive for a piece of handheld tech, it also just felt right in our hands. However, gamers were more concerned with fragging noobs online instead of playing portable games. If you stuck to your home console games, then you missed out on one of the best portable gaming machines ever released. This console had everything – awesome games, MP3 playback, video playback, the ability to download and play ROM’s etc. For anyone who’s super into Japanese RPG’s, first-party Sony franchises and smooth looking PSP models, you owe it to yourself to pick one up.

So what caused the downfall of the Sega Saturn? One word: PlayStation. Sony dropped a bomb on the world of gamers when they launched the first PlayStation. That bomb ended up dropping all over the Sega Saturn’s parade, too. Sega’s 32-bit baby came out ahead of the game, but it fell victim to competing consoles. Even though the Saturn died a painful death back in the day, we still revive it to play some dope games from time to time. Sega’s first-party IP’s (Virtua Fighter, Panzer Dragoon, Virtua Cop, Sega Rally etc.) were represented well on this system. The controller still feels good and the amount of underrated games on this underrated console is super high. Plus the Sega Saturn logo still resonates with us! You gotta love that.

The PS2 and Xbox seemed to be having a hard-fought war on its own little island while Nintendo’s big purple box was watching it all go down. Gamers seemed to have moved on from the big N’s hardware so they could play some mature games on Sony and Microsoft’s consoles. We made sure to show love to all three consoles when they were at the top of the heap. The GameCube featured most of Nintendo’s best first-party releases, which in turn revitalized franchises such as Metroid and F-Zero. The console may have looked a bit weird when you look back at it, but the lunchbox design became endearing after a while. The GameCube also happens to be the last Nintendo system that got strong third-party support. That’s something that the Wii U’s gonna need if it wants us to stop turning on our GameCube.

It’s downright criminal how overlooked this system is! Gamers we conversate with still kick themselves over trading in their Sega Dreamcast. You can hop on eBay and Amazon and look at how insane the prices for USED Dreamcast’s are! There’s a good reason for that – the Sega Dreamcast is one of the greatest video game consoles ever made. Its launch fell on the perfect day (9/9/99) and the first games that came out for the system were legendary. Sega’s last console was home to some of the best fighting games ever created and super innovative titles (Shenmue, Seaman, Phantasy Star Online etc.). The Sega Dreamcast is the sole reason why we want Sega to re-enter the video game hardware business. 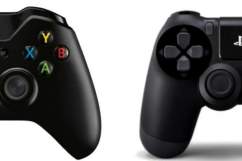 Next-Gen Resurgence: 15 Franchises That We Want to See On Xbox One and PS4