Those infinite runner games are a big hit these days in the mobile gaming space. Everywhere you look, you’ll spot someone on the train/bus having a good ol’ time with some type of mobile game. The one game you’ll probably catch folks playing a lot is Temple Run 2. We know some of you gamers out there can’t get enough of this fast-paced running game, so we’re going to make sure you do your best while you’re playing it 24/7. These are the top 10 tips/cheats that you’ll need to know for Temple Run 2.

1. Get Yourself Some Free Coins Before You Start Running

Before you even start running into the wilderness of Temple Run 2, make sure you nab some free coins first. To do that, head into the in-game app store and select “Get Free Stuff.” Now its time to get your social media connection on! “Like” the game on Facebook, follow it on Twitter and you’ll end up nabbing 250 extra free coins. Another bit of free in-game goodies that you’ll make sure you wanna grab is a free gem. All you have to do to nab that gem is to just do the whole Facebook-like deal. Congrats on getting some coins and a free gem before you even started playing!

2. Take to The Air Before As Soon As You See Cliff Hangers

Cliff Hangers can be literal heart stoppers. It’s never unusual for someone to totally freak out as soon as they see these tough-to-navigate looking areas. Stay calm as soon as you see one safe that’s completely absent and one side that’s still intact. Here’s a good tip – when you spot a cliff hanger, jump. While you’re still in the air, lean towards the safe side of the cliff hanger you’re currently dealing with. During some of the faster stage runs, your reaction time to Cliff Hangers won’t be on point as much. Just go ahead and jump to the safe side instead of running into them. Save yourself the frustration.

3. Place A High Priority on Improving The Right Upgrades

Those upgrades are what’s going to be the difference between getting a super high score or a saddening final score. Once you’re at the upgrade menu, make sure to spruce up your coin upgrades first. Secondly, you should pay attention to the score multiplier increases and pickup spawns upgrades. Getting these upgrades to a higher level will aid you in getting more coins, higher scores, and those all-too-helpful power up’s during the tougher stages. If you’re one of these folks that want to keep your eyes on the trail, make sure you throw a lot of points into the coin magnet ability. The shield duration and boost distance upgrades aren’t super integral to your stage completion, but try and give them some attention anyway.

4. Just Keep Your Mine Cart Tilted If You Want To Win

Those underground cart portions of the game are some of the more interesting parts of this sequel. While they may be fun, they’re also pretty hard to master. Do like us and just keep the cart tilted in the right direction if you wanna have a higher success rate. It might sound crazy, but this method works better than just getting ready to tilt as soon as you feel like the time is right. While you’re in the cart, try and aim for the gems that are easier to obtain. Those hard-to-reach gems are hard to reach for a reason. Once you get good enough at these mine cart sections, then go on ahead and pick up those hard-to-reach gems. Just keep your eyes peeled for those sudden forks on the track and those entirely missing tracks.

5. Time Your Jumps When You Come Across Double Obstacles

During your Temple Run 2 playthroughs, you’ll certainly run into obstacles that are seemingly tied together. These can be a pain to pass, but here’s another tip that involves jumping – time you leap at the very last second before you spot a pair of obstacles next to each other. If you’re good enough (or just incredibly lucky), you’ll clear both obstacles in one leap.

6. Make Sure You Complete A Stage’s Objectives As Much As Possible

Temple Run 2 will challenge you with in-game objectives that you should definitely take aim at. Every time you spot a new objective on your Objectives screen, take note of it and complete it. Knocking out objectives will no doubt make your game experience easier since you’ll level up faster and get your multiplier to an insane level. We know the coin collecting and higher scores mileage is what most of you will aim for, but your best bet is to complete those objectives.

7. Pick The Right Powerups for Your Preferred Playstyle

There’s a slew of powerups in Temple Run 2, but make sure you know which ones match up with the way you play. The Shield is cool for those players who have a harder time dealing with tiles, small walls, and rollers. The coin magnet ability is one of the better powerups since it collects coins for you and lets you focus on just running that infinite track. For those that are looking to do some super long runs, keep an eye out for those Boost powerups. Those will get you farther and keep you safe from all those damn obstacles.

8. Ignore Those Powerups That Are Close to the Edge

This might seem like common sense to some of you, but it still must be said – try and ignore those powerups that just happen to lie next to a pitfall or cliff. If you manage to pick them up, good for you. But the chances of getting some powerups are lower than the survival odds of you just leaving them alone. Fight the temptation and just keep running pass those powerups. Your final score will thank you for it.

9. Utilize Those Jump and Slide Combo

One move that will definitely get you far is the jump and slide combo. Some stages will throw obstacles and quick turns right next to each other. There’s a way to get past these seemingly impossible pit stops. Use a jump or slide before these sections and you” turn the corner without a care in the world. One other cool tip? While you’re sliding, you can immediately enter into a jump.

10. Lean Around Those Red Tiles

Those damn red tiles can knock you down pretty quickly if your reaction time isn’t up to par. You may instinctively jump once you spot some red tiles, which works sometimes. But during some of the harder stages, these red tiles could be immediately followed by obstacles. Jumping might not be the smartest option for those instances. Do the right thing and try to lean around those red tiles. This method will save you from the dissatisfaction of jumping red tiles and landing on some spiked wheels.

If any of you hardcore Temple Run 2 fans out there have some more tips to give fellow players, feel free to drop them in the comments section! 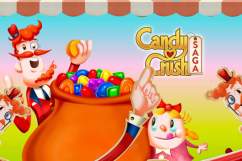