Valve just announced the new steam controller for its series of gaming consoles. Here are five fast facts you need to know.

1. The Steam Controller Has No Joysticks

These are the specs for the new controller. (Valve)

Valve unveiled the steam controller which will be launched with their set of gaming consoles but this gamepad has a unique design. Instead of opting for the traditional joysticks, the device has two circular track-pads with a touch screen housed in the center. According the Valve’s website, the controller will essentially serve as a mousepad capable of “higher fidelity input.”

2. Valve Has Made The Gamepad More Responsive Than Most Controllers

The feedback capabilities in the controller provide excellent feedback and information similar to the Playstation Dualshock 4. (Valve)

Designed to work with the entire catalog of Steam games, Valve has engineered this controller to be much more responsive than the typical video game accessory. Infused with advanced haptic feedback, the machine will deliver to gamers information about “delivering in-game information about speed, boundaries, thresholds, textures, action confirmations, or any other events about which game designers want players to be aware.” First person shooters will benefit greatly from this creation since it the touch-pads would allow for incredible feedback on the actions taken while playing.

3. The Touch Screen Will Be Interface With The T.V.

Valve’s controller works well for ALL of the company’s games on the TV. (Valve)

The touch screen mentioned above is completely clickable and can appear on the T.V. screen to relay any information so gamers don’t get distracted during play-through. The screen will relay any important details you need to know interfacing perfectly with the touch-pads. It provides one of the most immersive gaming experiences you’ll have on most consoles.

4.Linux Softwares Enables The Controller To Be Hackable

The controller will run on the same open-source software as the mobile operating system Android. (Valve)

The open source software embedded in this gadget leaves it open for experimentation for developers. When Valve unleashes the hardware beta to 300 lucky techies, they will have the chance to demo and improve the controller.

5. Valve Steam Controller Will Be The Last Major Announcement

After unveiling their new operating system as well as gaming consoles, this dongle should be the last major announcement this week. The tentative release date looks like it will be in 2014 along with the specified console. Although we still have to wait for the next version of Half-life, Valve is becoming a serious competitor in the gaming landscape. 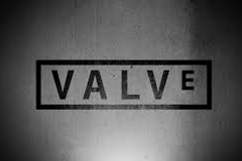 How To Enter The Valve Steam Machine Eligibility Quest Contest