Batman’s been a major force in video games lately. One of his most premier games, Batman: Arkham Origins Blackgate, is a challenging Metroidvania-esque portable game that’s certainly challenging. The official developers behind “The Dark Knight’s” prison adventure released some videos that provide players with some advice on how to approach the game.

Check out the videos below to find out how to get into and out of Blackgate Penitentiary as Batman in one piece! 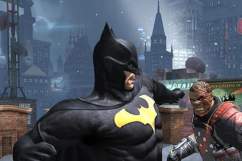