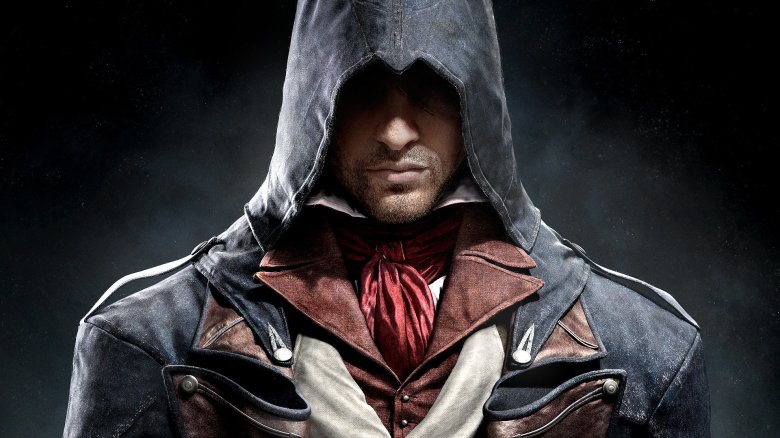 It’s finally here: Assassin’s Creed Unity dropped today, and (12 hours later) the reviews are pouring in. As of today, there are as many Assassin’s Creed games as there have been Call of Duty games since 2007 due to Ubisoft publishing not one but two titles today: Unity and Assassin’s Creed Rogue. That fact is a bit off-putting, isn’t it?

Unfortunately, it looks like that franchise fatigue is starting to wear on the series, and Ubisoft stretching themselves thin to develop two games did them no favors. Here are five reviews from big publications that highlight Assassin’s Creed Unity‘s feats and flaws alike. 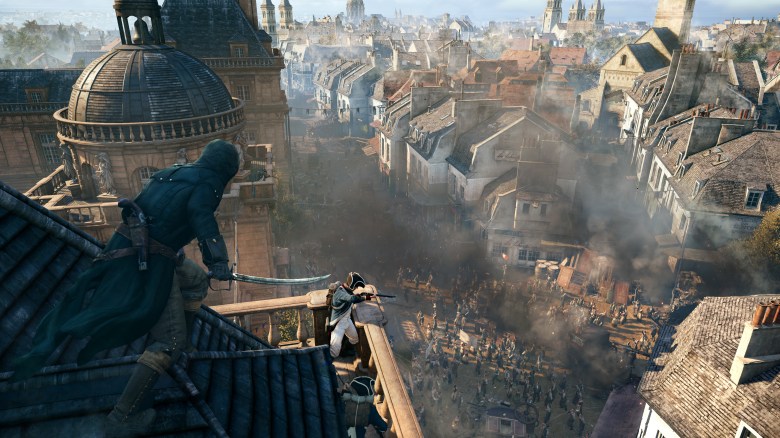 When it all worked perfectly, guiding my Arno up, down and across the Parisian skyline brought me a great sense of satisfaction. The key phrase there was “when it all worked,” because the series-long frustration of your assassin not doing quite what you want him to do is still present here.

The best missions in Unity, though, are the sandbox assassinations that usually conclude each Sequence, and which consistently left me thrilled. Each one is a puzzle with a ton of different solutions.

Assassin’s Creed Unity leverages the new-generation consoles to add spectacular new sights and successful co-op multiplayer, but in doing so, it’s created some substantial new problems instead of solving the series’ most persistent ones. The scope is stunning, the customization is satisfying and the multiplayer touches upon some really ambitious ideas. But the lack of a strong main character or interesting take on the Assassin’s Creed universe costs it momentum and excitement, and the persistent control problems are still a thorn in its side. The first truly new-gen Assassin’s Creed game is a gorgeous, entertaining and successful proof of concept for what lies ahead for the series, though it isn’t what I’d call revolutionary. 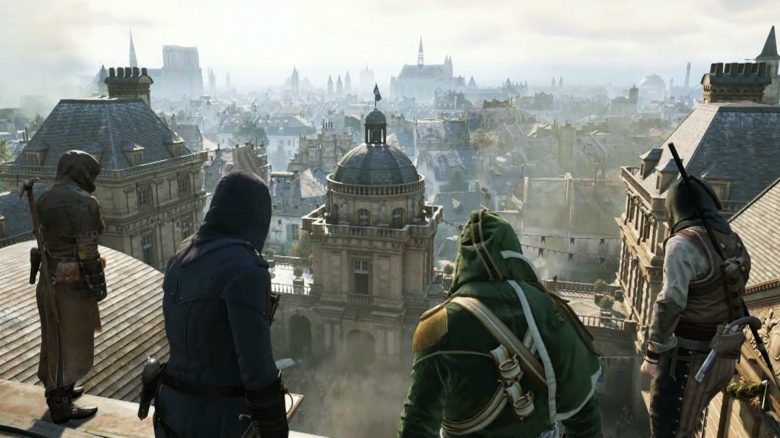 Gamespot enjoyed the fact that Unity pulls away from the modern day Abstergo story, but wishes the tale of Arno was utilized better. They also liked Unity‘s new co-op mode.

It’s nice to be able to focus on the historical narrative without too many jarring interruptions from the “real world.” This does mean that the historical narrative had better be a great one, but Unity‘s doesn’t quite meet the mark. Arno is certainly one of the most charismatic and well-acted Assassin’s Creed leads I’ve seen — cocksure, mischievous, and just enough of a jerk to still be lovable — but the story never exploits his charms to the fullest.

While the publication says Unity has a lot to offer, it feels the game falls short of its potential.

The ability to highlight potential kills for your teammates, as well as unlock skills like shared eagle vision, do a great job of reinforcing this idea of teamwork. The most successful and entertaining heists come from putting together a varied team, with some members focusing on close-range attacks, and others taking point with long-range weapons and sniping any stray enemies.

…Is it the next-gen Assassin’s Creed game we’ve all been waiting for? Not quite. It’s very good, maybe even great in places, but the story’s smaller focus has come at the expense of its exquisitely rendered backdrop. The grandness and spectacle that so often graces the finest Assassin’s Creeds is sadly sorely lacking here. 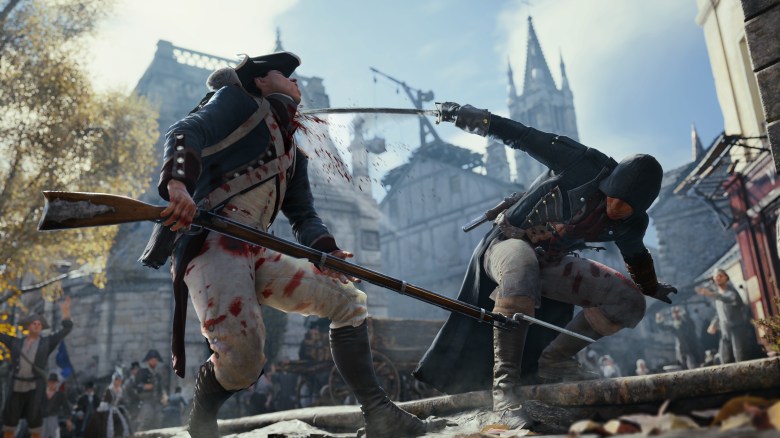 Joystiq gave Unity a low score at only two-and-a-half stars out of five. They criticized the game’s game-breaking glitches, stating Unity showed not just the best but the worst of the series.

Despite starting from such a well-established foundation, however, Unity does not feel finished. Technical hiccups abounded during my time with Ubisoft’s trip through Revolution-era France – hiccups that ran the gamut from mundane and distracting to annoying and game-breaking.

Assassin’s Creed Unity is the best and worst of Assassin’s Creed. It’s hard not to appreciate everything that it gets right, and you’ll have a good time if you can wrangle some friends for co-op, but it’s impossible to ignore where Unity falls tragically short. 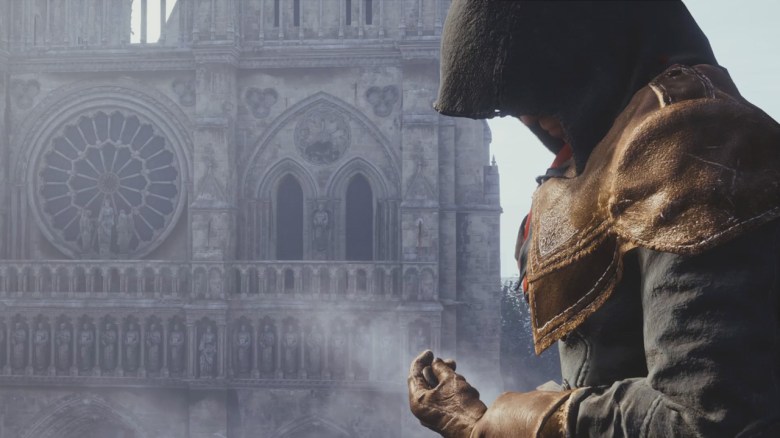 Polygon didn’t enjoy Unity’s half-baked story or gameplay, giving the game a measly 6.5 out of 10.

Ultimately, the end of the game goes out of its way to tell you how little any of Unity’s story matters. Even the modern-day meta-narrative element is at an all-time low, save for the aforementioned “oh, nevermind” it saddles Unity with. It discards the excellent fourth-wall poking Abstergo Studios direction of Black Flag for the flimsiest of contrivances to get the game moving. It does at least provide for a decent reason to divert Unity‘s otherwise 18th century setting into some bizarre, time-warping directions here and there, but otherwise, it doesn’t have a lot of reason for being here.

The ingredients are all here for a spectacular new standard for the series on Sony and Microsoft’s new machines. But in the quest to build something that looked and sounded “next generation,” Ubisoft Montreal failed to fix the problems that have accumulated over so many annual releases. Combined with an uninspiring story and a long list of considerable technical problems, Unity falls short of the fresh start Assassin’s Creed needs. 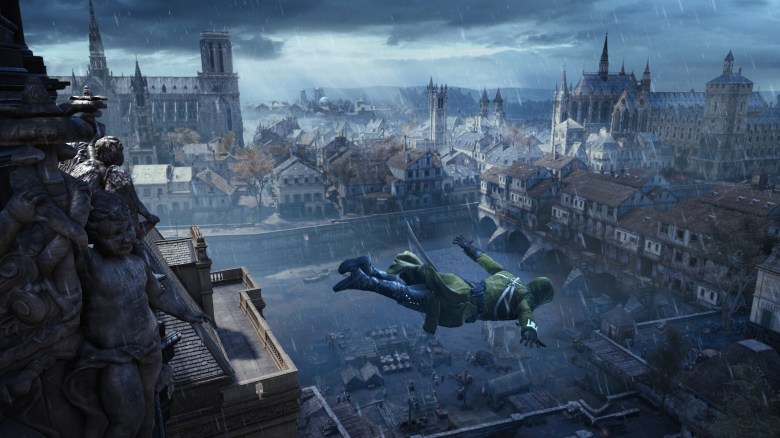 Official Xbox Magazine thought the game was great, noting that Unity is a gorgeous, fully realized world worthy of exploration, though the publication does recognize finicky controls and sequences.

Sure, AC can’t shake fiddly missions and fiddlier parkour, but it’ll take a long time for the intrigue, the beauty and the lovable silliness to wear off. It’s a huge, well-realized and incredibly detailed city that we love spending time in. So listen to Shaun and forget the mud and grot and misery of Les Misérables: Unity is a different kind of revolution.

Assassin’s Creed Unity launched today, November 11, for the PlayStation 4, Xbox One and PC. Check out Heavy’s hub of all things Unity here.