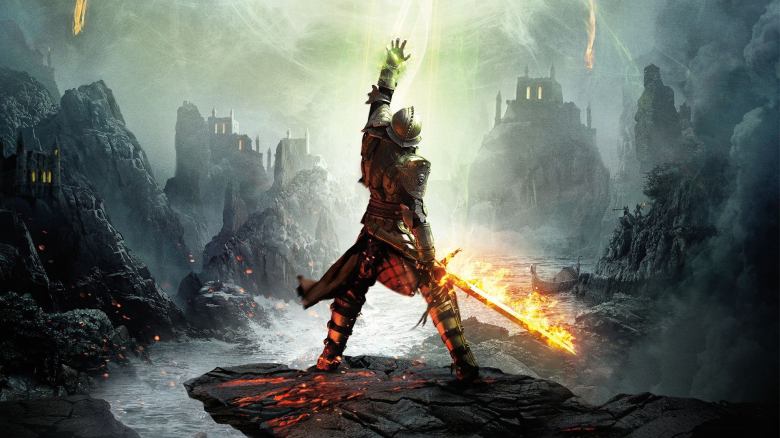 Dragon Age: Inquisition i is being met with generally positive reviews.

Dragon Age: Inquisition is a game that’s probably been my most anticipated game of 2014. The glorious visuals we’ve seen in trailers, the scope of the game and the fact that the game allegedly has 80 hours of gameplay peaked my interest.

But we all know that just because a game looks good in trailers doesn’t mean it’s going to be a winner — I’m looking at you, Alien: Colonial Marines. It’s almost too common for a mega-publisher (especially EA) to pull a fast one on its fans, so it’s hard not to be a bit skeptical. Thankfully, reviews for the game, which releases November 18, have begun dropping today, and it’s looking great for BioWare’s latest.

Check out these top reviews on this next-gen RPG. 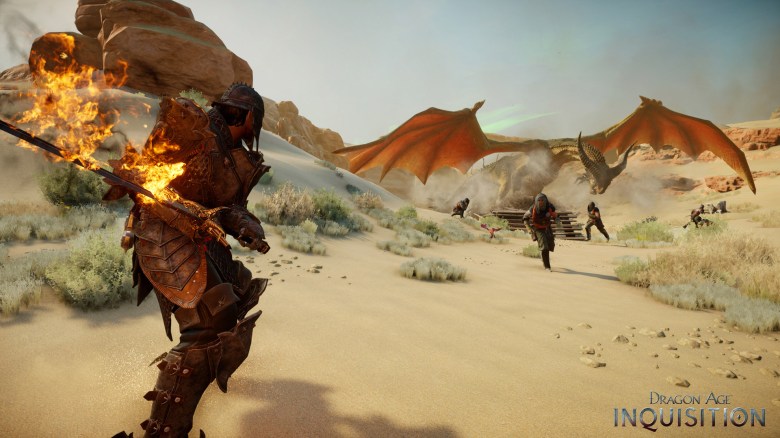 When I’d finally slain my first dragon in Dragon Age: Inquisition, I felt a little sad at the thought that I was probably beginning to exhaust its seemingly endless stream of content. But then I saw the quest ticker: “Dragons Slayed – 1 out of 10.” In all my hours, I had only ever seen three. It’s a surprisingly huge, dense world, and I soon realized there were still entire sandboxes I hadn’t even set foot in. Even in my hundredth hour, I’m still discovering. Despite its less than compelling plot, I still want to go back to explore and fight through every nook and cranny of Dragon Age: Inquisition, until every dragon’s skull is mounted on my wall.

One more thing to do after finishing the campaign is the surprisingly good online co-op, which has you leveling a totally separate character up to plow through a variety of dungeons with friends. It leverages the campaign’s enjoyable combat, and even the full-featured crafting system to boot. 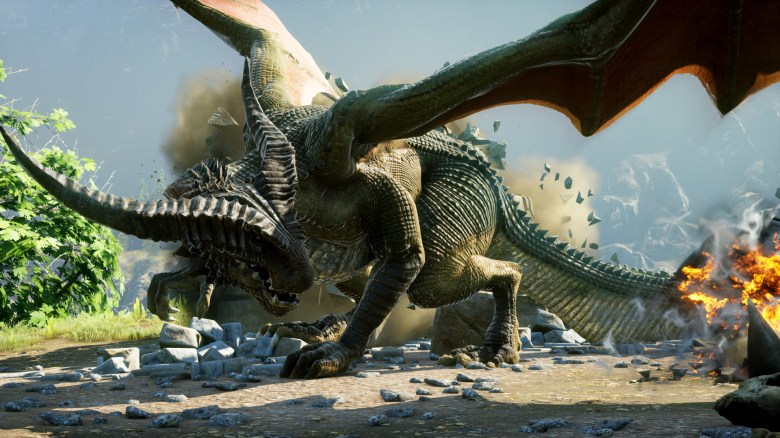 GameSpot’s take on Dragon Age: Inquisition was very encouraging. They were very pleased with roaming around in the open world.

Journeying is an absolute delight. You discover astralariums that hone in on constellations, requiring you to perform a connect-the-stars minigame to reveal the myth behind them. You peer through contraptions that allow you to survey the landscape and identify shimmering shards, which you then may collect. Such activities initially come across as busywork, only to be revealed as keys to new dungeons and temples. 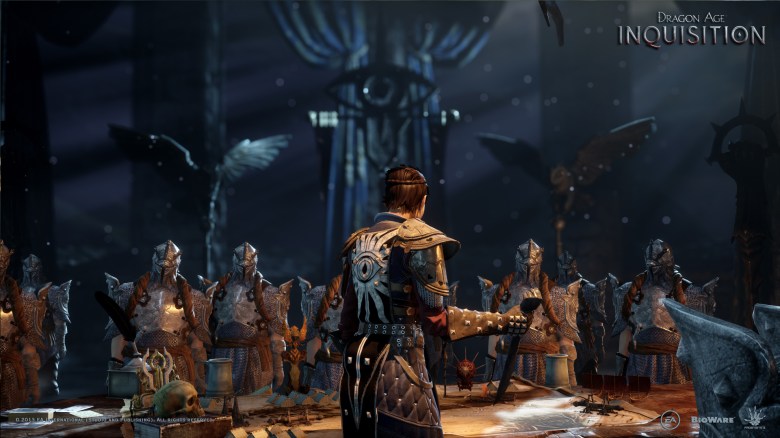 For those PC gamers out there, it’s important to get a full scope of the reviews by having one from PC Gamer. The good news is that PC Gamer loved Dragon Age: Inquisition also. The bad news is that there are a few persistent flaws.

I miss the fine-tuning the old system enabled. Controlling Inquisition’s party requires either accepting the inefficiencies of the AI, or spending a lot of time micro-managing. Choose the latter, and you’ll find the tactics battle screen—used to assign orders to the party members you’re not currently controlling—has its own issues, all of which are with the camera.

Inquisition is imperfect in lots of small, yet noticeable ways. Make no mistake, though: I love so much of what this game is. The story is something I’m eager to discuss with people as they play through the game—to discover what they did, and learn of the breadth of divergence possible in each person’s campaign. More than that, Inquisition is filled with moments that make it such a fulfilling and worthy sequel for the series. 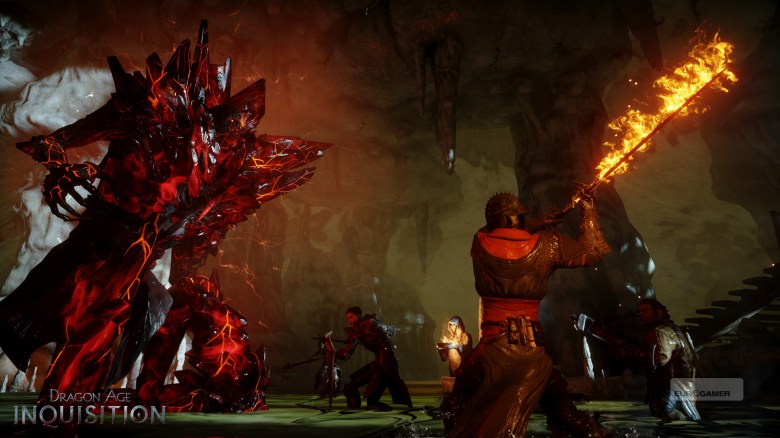 Polygon’s review is most encouraging that Dragon Age: Inqusition is a game of the year contender. The greatest bit of praise for BioWare’s latest comes from the game’s scope.

The missions and consequences of them span the whole of the known lands of Dragon Age. Likewise, many plot points and characters return from previous games.

DRAGON AGE: INQUISITION IS ONE OF THE BIGGEST GAMES I’VE EVER PLAYED, AND I STILL WANT MORE. 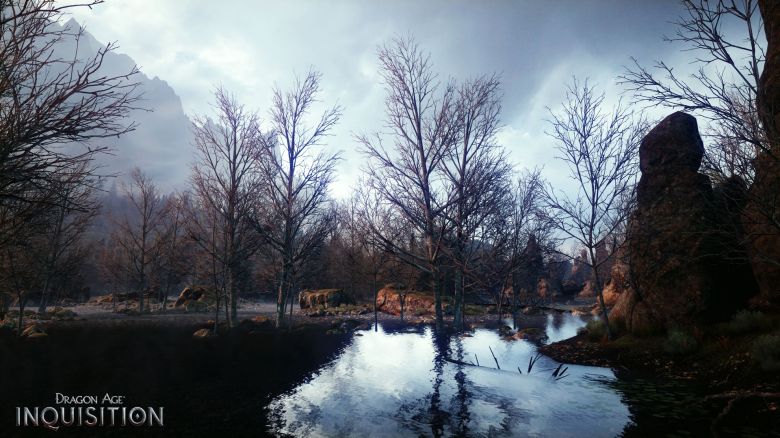 After two disparate entries with different philosophies, Dragon Age’s identity crisis is over. With a mixture of open-world exploration, entertaining combat, and top-tier characters, the team at BioWare has found a winning formula that isn’t shackled to either Dragon Age: Origins or Dragon Age II. Inquisition is not defined by the traditions it returns to, but by the new directions it forges for this magnificent fantasy universe.

Dragon Age: Inquisition releases November 18 for the Xbox One, PS4, PS3, Xbox 360 and PC. You can check out what other games are coming soon via our video game release date calendar.