*Update* Pre-order link has been fixed. You can now pre-order PS4, PC or Xbox One copies.

Bethesda and the video game gods have blessed us with confirmation of Fallout 4’s existence, as well as given us our first reveal trailer for the game. Now, we’re left salivating until the game’s release. We don’t know much about the game yet, but we do know some things already.

Here are 5 fast facts you need to know about Fallout 4: 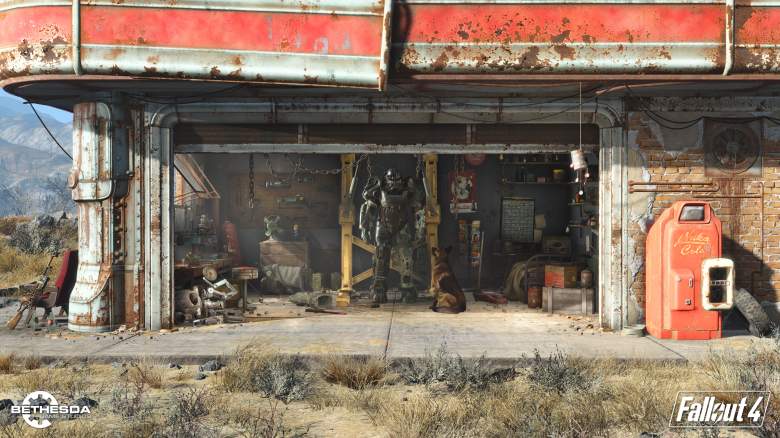 The pre-order link also confirmed that the game will be coming to Xbox One, PC and PS4 as expected, with no Xbox 360 or PS3 version even mentioned. We’re hoping that developers will finally begin leaving the last generation of consoles behind.

2. The Game Will Take Place in Boston

An image revealed this morning revealed a shadowy man standing in front of Scollay Square, a popular seafood restaurant on Beacon St. in Boston, Massachusetts. This confirms that some of the game will at least take place in Boston. Actually, the Fallout franchise has referenced The Commonwealth, which is the fictional version of Massachusetts we read about in the Fallout 3 side quest, The Replicated Man.

3. You’ll Have a Pet Companion With You

It appears as though your character will have a non-irradiated dog along for the ride this time, and we’re going to go ahead and assume Toto is more than just a cosmetic addition to the game. Let’s hope your dog is able to seek out items and possibly even come to your rescue, at least, and that he doesn’t just sit around and beg for food.

With the Fallout 4 confirmation, Bethesda revealed that you can pre-order your copy today for Xbox One, PS4 and PC. We don’t know any of the pre-order bonuses just yet, but Amazon will undoubtedly have goodies to add to your pre-order soon.

Actor Ron Perlman, who has done voice over work for all 5 of the previous Fallout games previously, has returned. His voice is revealed in the very first trailer, saying “War. War never changes.” This squashes an earlier report from Cinema Blend that suggested Perlman wouldn’t be lending his voice to the next game.

With Bethesda revealing the game weeks before its actual E3 2015 press event, we can fully expect a big chunk of the conference will be spent detailing the game and what to expect, and possibly even give us a release date. The company confirms an “E3 Reveal” at the top of the official Fallout 4 webpage. Bethesda’s conference takes place on June 14, and we’ll be covering the show live. We’ll likely get a Fallout 4 release date or at least release window for the game, which we’re expecting to be at some point in fall 2015, especially since Amazon’s placeholder date is set in December 2015.