September is a BIG month for gamers, and there are quite a few upcoming potentially great PS4 games to be excited about. From great expansion packs to indie games to AAA titles, PS4 owners will get a lot of new goodies for their console next month.

So without further ado, here are 5 upcoming PS4 games releasing in September 2015 that you should be looking forward to:

Mad Mad: Fury Road was surprisingly great (surprisingly because most reboots tend to be awful). We’re expecting the upcoming Mad Max game to be awesome, too. According to folks around the web who have gotten their hands on it already, we’re in for a treat. All things apocalyptic are interesting to us, and the Mad Max game will bring users on a journey in the Wasteland. The game includes vehicular combat, fighting mechanics that are nearly identical to Batman: Arkham Knight, and there will be a deep crafting/upgrade system for us to play with.

Despite the Kojima controversy, Metal Gear Solid V: The Phantom Pain is still one of our most anticipated games of the year. It’ll likely make the cut for the game of the year when December hits. This time, Snake will take on a mission to rescue his former partner, Kazuhira Miller, as he attempts to prove to the world that the he’s not washed up.

Tearaway Unfolded will be a mesmerizing adventure from the creators of LittleBigPlanet. It will include a bigger, more beautiful world to explore and will bring new ways to play the Tearaway adventure that once stole our time on Vita. The PS4 version will bring new mechanics, and it is sure to be an impressive indie game. 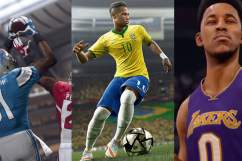 FIFA is one of the most popular sports games available, and each iteration looks better than the last. FIFA 16 will bring improved defensive moves, more stars and a new way to play, FIFA Ultimate Team. The new game will also feature female players for the first time in its history.

Read More
PlayStation 4, PS4, Shopping, Upcoming Games
wpDiscuz
2
0
Would love your thoughts, please comment.x
()
x
| Reply
If you're a PS4 owner, be prepared to put a hurting on your wallet next month.