Final Fantasy XV might finally…FINALLY become a reality as a full-fledged release in 2016.

Ever since the demo released on the PS4, loyal fans of Square Enix’s RPG franchise got their hands on a major piece of the game. And the feedback was overwhelmingly good, while the issues that some fans had with it have been taken seriously by the game’s development team. New info showcasing FF XV’s magical presence, extensive roster of characters, plot details and mysterious Magitek Armor have been trickling out lately. Everyone’s been dying to get a ton of more details regarding the deeper aspects behind this upcoming fantasy epic.

A new live stream presentation for FF XV is happening real soon, which we’ll make sure to show you all. Hopefully we all see and hear more about what makes this Final Fantasy as amazing as its contemporaries. 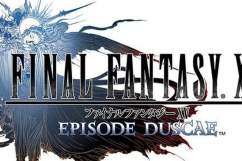