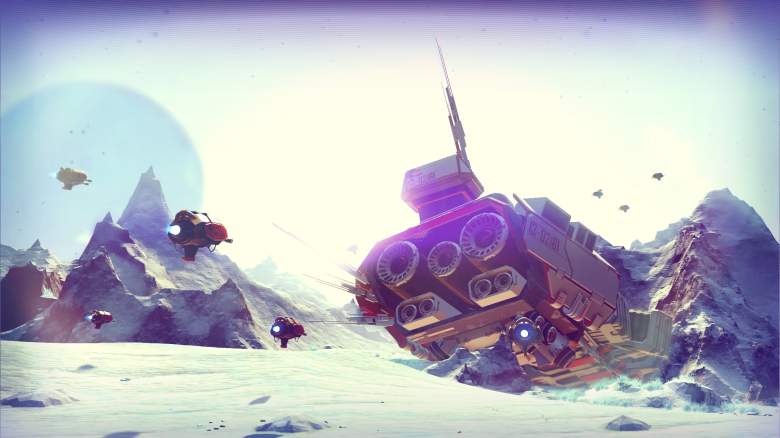 Anti-Matter is one of those important items that No Man’s Sky doesn’t exactly explain right off the bat, as it’s an essential component for constructing your Warp Drive. Given how important it is to actually own a War Drive, locating Anti-Matter should be a priority for anyone hoping to explore deeper into space. It’s important to understand that there are actually two different ways of obtaining Anti-Matter, however,one of them will cost you some serious credits.

The first and arguably easiest method in No Man’s Sky is just to buy it at any of the Galactic Trade vendors scattered throughout the galaxy. Though not every vendor will carry this substance, so if you stumble across one that does make sure to note down which planet you found it on for later use. Anti-Matter comes with a hefty price tag, as the average market value on the trading network sits around 55k worth of credits. Now if you’re like me and haven’t discovered a planet full of riches yet, this could expend all of your hard earned money. 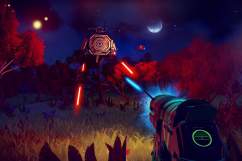 The other method is a bit more time consuming, but will ultimately save your wallet from hating you. In order to get the formula for construct Anti-Matter yourself, you will need to complete a few starting missions first. Once you are given a prompt to repair the Warp Drive, follow the instructions and make a jump to the marked planet on your universal map. You will only have enough energy to make one hyper jump, so make sure you have the coordinates correct. Once you exit from space you will be given a prompt to land in a nearby space station.

Land inside of the floating metal base and speak with the alien behind the desk, as this will trigger the next portion of your quest. Leave the space station and make your way to the planet marked with a manufacturing facility. Land on the planet’s surface and approach the big steel door blocking the entrance. Equip your Bolt Caster or whatever weapon variant you have on your Multi-Tool, and blast the door down. Doing this will trigger the Sentinels to your position, so either fight the ones around you or rush inside of the building.

Rush inside of the building and approach the terminal sitting by the large horizontal map. After you interact with the computer terminal, you’ll instantly earn the Anti-Matter formula, giving you the ability to craft Warp Cells so you can travel deeper into space. This is ultimately the best way of obtaining Anti-Matter as it will allow you to use some of those built up resources clogging your inventory and not force you to backtrack towards certain vendors. Just make sure to use your new Warp Drive responsibly, the last thing you want is to jettison straight into the side of an asteroid. 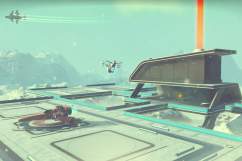 ‘No Man’s Sky’: Where and How to Upgrade Your Exosuit

Read More
No Man's Sky, PC Gaming
Hoping to obtain Anti-Matter in No Man's Sky out guide for unlocking the secret of deep space travel.