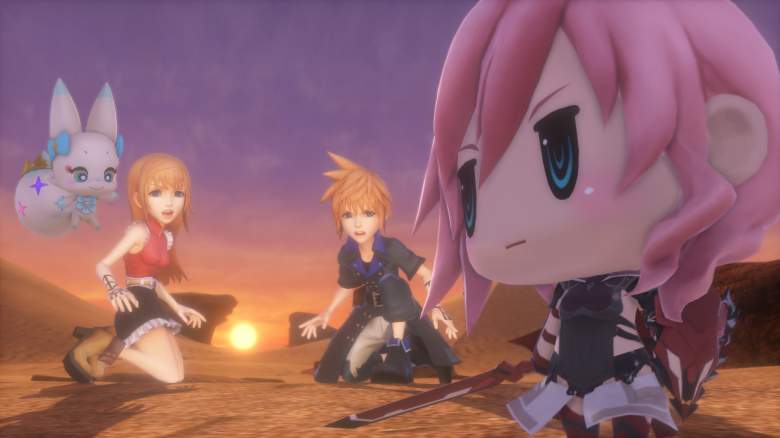 *This is a review in progress.

Final Fantasy is one of the longest-running video game franchises of all time. With the series coming up on its 30th anniversary and the release of its 15th core installment, Square Enix sought to commemorate the occasion with a proper retrospective of the beloved franchise, while also making it accessible to a wider audience (such as younger players and newcomers). World of Final Fantasy successfully accomplishes both of these things and is a fitting tribute to 30 years of iconic role-playing games. The uber adorable chibi-style may be off-putting to some, but there’s definitely a substantial game under the cuteness.

The story follows two twins named Reynn and Lann, who wake up without their memories and wind up in the world of Grymoire, which is populated with monsters and characters from the Final Fantasy series but is not itself connected to any game in particular. The monsters are known as Mirages, and Reynn and Lann have the markings of Mirage Keepers, which means that they can imprism the creatures and wield them in battle. In some ways, it’s like a Final Fantasy and Pokémon mashup, but there’s much more to it. You can also recruit and fight alongside iconic heroes from the series, but it’s no Record Keeper; rather it’s a full-fledged game with its own storyline and original characters. The storyline thus far does seem a little generic; a wicked empire is subjugating other territories, and the twins are heroes from a prophecy who must collect four keys to save the world. However, the simplicity makes sense when you consider that it’s meant to appeal to a younger audience.

The combat utilizes the traditional ATB (Active Time Battle) system, but can be customized to a certain extent to fit your play style. For example, you can switch between Active and Wait Mode; in Active mode, your enemies’ ATB gauges will continue to charge during your turn, for slightly more challenging combat. You can also toggle between a basic combat menu with shortcuts or the classic menu. For an added strategic element, you also stack with your Mirages, which combines stats and allows for combos; it also has drawbacks, like sharing weaknesses throughout the stack, so the key is knowing when to unstack. The Mirages each have their own Mirage Board, which is basically a talent tree, where you can spend points on different abilities as they level up (and even add your own custom abilities to round them out). 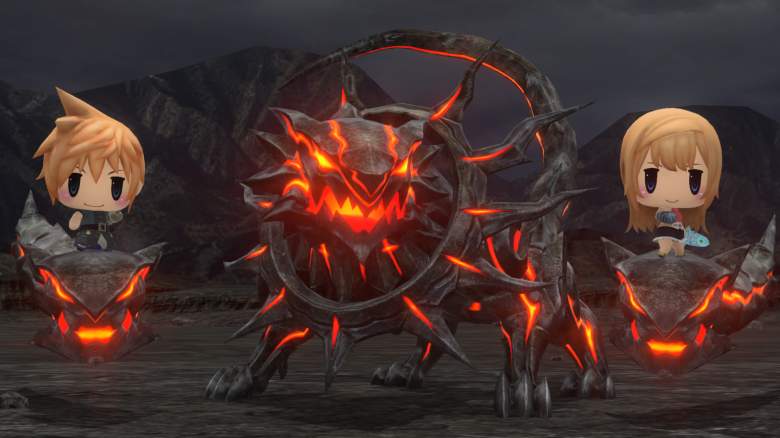 My biggest annoyance thus far is the frequent random encounters. It’s not like Pokémon, where you can just avoid the tall grass; you will encounter Mirages anywhere and everywhere outside of towns, and it can be a hindrance when solving puzzles, figuring out where to go next, or just trying to find a save point. Admittedly, the puzzles aren’t grueling by any means, and figuring out where to go is likewise pretty easy, as the progression is extremely linear. This aspect may be true to many of the games in the series, however, there were times where I just wanted to save and it felt like I was encountering enemies every few steps. Also, the game is very cutscene-heavy, although it is interspersed with cool anime-style scenes, and as mentioned before the story is simplistic and often feels contrived (i.e. things are the way they are because Enna Kros says so). It may be less so as the game progresses and more is revealed about the world – and the mysterious Enna Kros – but that remains to be seen.

The element this game is really missing, though, is publicity. It’s understandable that Square Enix is focusing most of their attention and resources on Final Fantasy XV, but it seems that promoting this game was completely neglected. It wasn’t until I received World of Final Fantasy that I understood that it’s not just some cutesy spin-off to appeal to longtime fans’ nostalgia; rather, it’s a fully-developed game, complete with side quests, objectives, and minigames. The story alone is allegedly 100+ hours, and based on the time I’ve put in and my apparent progress, this seems to be accurate. However, it was criminally under-hyped and that, combined with the animation style, will probably cause a lot of gamers to skip it. Personally, I find that the overall aesthetic somewhat evokes Kingdom Hearts (especially when Reynn and Lann are in Jiant form, which they can freely switch to). The mirages are utterly adorable (many of them have elicited a squeal of delight), and seeing familiar characters rendered in chibi style is fantastic. The dialogue is appropriately cheesy and the banter between Reynn, Lan, and Mirage sidekick Tama is quite endearing.

The general impression I’m getting so far is largely positive, and although this game is made to appeal to younger fans, it’s definitely not strictly for children. Long-time Final Fantasy fans will certainly find enjoyment in the familiar references, and it’s a decent introduction for newcomers looking to brush up on the series before Final Fantasy XV. Check back soon for a full review with a numerical rating.