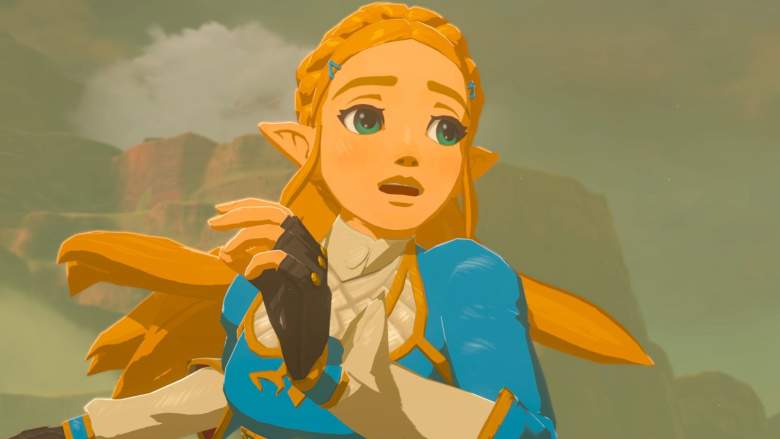 Feminist Frequency, the non-profit organization ran by Anita Sarkeesian, creator of the Tropes vs Women in Video Games Youtube series, has called out The Legend of Zelda: Breath of the Wild for being sexist.

There is so much to admire in BOTW. Its gameplay is incredible. But that absolutely doesn’t excuse its use of tired, sexist plot devices.

Through the memories players can collect, BOTW acknowledges the ongoing problem of Zelda being damseled but doesn't do anything about it.

Critics might call out sexism in games with bad gameplay but often act as if it’s not worth mentioning when the gameplay is great. It is.

In a series of tweets posted to the account yesterday, Breath of the Wild is called out for having “sexist plot devices” and suggests critics don’t mention blatant sexism in video games if the game is good. Mention is made of the memories Link collects throughout the story and how the game acknowledges the ongoing problem of Zelda being a damsel in distress but doesn’t do anything about.

This isn’t the first time The Legend of Zelda has come under fire for being considered sexist. Ocarina of Time was called classist, sexist and racist in an article on Salon.

Anita Sarkeesian rose to fame for her role in Gamergate in 2014. She received death threats and was forced to move out of her home through all of this controversy according to an interview with The Washington Post. She even had YouTube delete her Feminist Frequency channel for a little while.

All the Slender Ladies: Body Diversity in Video GamesPlease watch: "The Courageous Life of Ida B. Wells #OrdinaryWomen" https://www.youtube.com/watch?v=7Ip-SEYvRTA -~-~~-~~~-~~-~- Subscribe for more videos. Support feminist media criticism and keep our videos free, donate today: http://www.feministfrequency.com/donate This episode examines the very limited range of female body types commonly seen in games, contrasting this with the much wider range of physiques that male characters frequently possess. We then illustrates that, when female characters appear who do have a body type that is notably different from the slender physique that games establish as the standard, these bodies are sometimes presented as a joke, or as a twisted transgression of social standards and expectations. We examine how this limited range extends to the age of female characters as well, before highlighting a few examples of games that have positive representations of women with different body types and women who are older. This is the fifth episode in season two of Tropes vs. Women in Video Games. For more on the format changes accompanying season two, please see our announcement here: https://www.kickstarter.com/projects/566429325/tropes-vs-women-in-video-games/posts/1469466 Full transcript, links and resources for this episode: http://wp.me/p7K8cI-a1V ABOUT THE SERIES The Tropes vs Women in Video Games project aims to examine the plot devices and patterns most often associated with female characters in gaming from a systemic, big picture perspective. This series will include critical analysis of many beloved games and characters, but remember that it is both possible (and even necessary) to simultaneously enjoy media while also being critical of it’s more problematic or pernicious aspects. This video series is created by Anita Sarkeesian and the project was funded by 6968 awesome backers on Kickstarter.com GAMES REFERENCED IN THIS EPISODE Overwatch (2016) Ultra Street Fighter IV (2014) League of Legends (2009) Dota 2 (2013) Batman: Arkham City (2011) Dishonored (2012) Enslaved (2010) Remember Me (2013) Heavenly Sword (2007) Final Fantasy X (2001) The 3rd Birthday (2011) Devil May Cry 4 (2008) Splatterhouse (2010) Dead or Alive Xtreme 2 (2006) Lollipop Chainsaw (2012) Blades of Time (2012) Bayonetta (2010) Wet (2009) Star Wars: The Force Unleashed (2008) Primal (2003) Fat Princess (2009) Dead Rising (2006) Metal Gear Solid IV (2008) The Last of Us (2013) Life Is Strange (2015) Assassin’s Creed Syndicate (2015) Star Wars: Knights of the Old Republic II (2004)2016-09-01T14:00:05.000Z 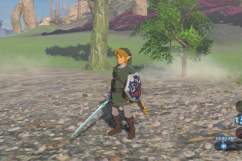 Read More
The Legend of Zelda: Breath of the Wild
Anita Sarkeesian's organization had strong words to say about Nintendo's new title.