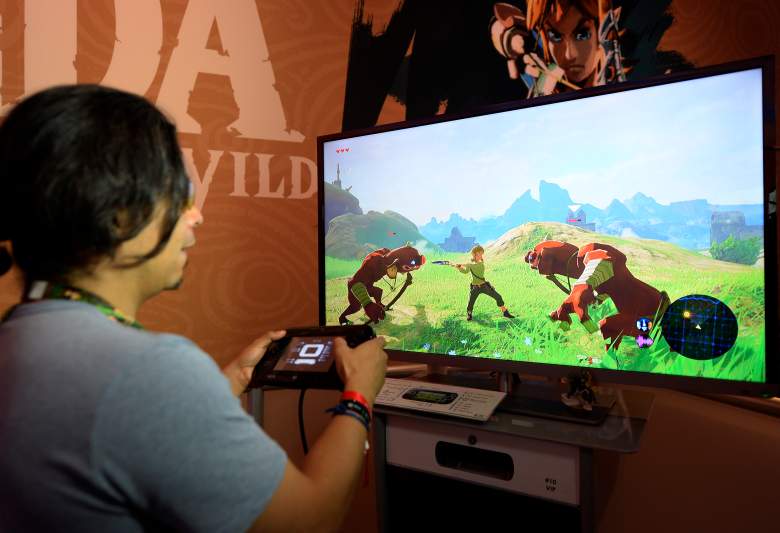 The Legend of Zelda: Breath of the Wild launches soon for the Wii U and Nintendo Switch and it’s a departure from the common Zelda formula. It features an open-world that is said to be 12 times larger than the world of Twilight Princess. The pre-release reception of the game is very positive so that has encouraged me to look back on the other five 3D Zelda games and rank them. For this list, I will be leaving out Breath of the Wild because at the time of writing it has not been released.

Without further ado, here are the rankings of the 3D Zelda games.

5. The Legend of Zelda: Skyward Sword

Skyward Sword was a divisive game for many Zelda fans. It was the first Zelda game to built from the ground up for the Wii and heavily featured the Wiimotes.

For those trying to keep track of where each games falls on the timeline, this one takes place at the very beginning. The overall story of the game follows pretty much every other Zelda game with Link trying to recover the Triforce and find Zelda.

Skyward Sword did a lot right in terms of story and the overworld. The biggest issues fans of the series run into are the motion controls. Yes, the controls were clunky sometimes but in my experience, they worked more than they didn’t. The concept was a great idea but it just didn’t work the way Nintendo wanted it to work all the time. In a game that depends on the motion controls, you have to make sure they work all the time or you’ll turn away players. Swinging your sword and defeating enemies by making the correct motions was great when it worked and very frustrating when it didn’t.

Many reviewers loved the use of motion controls but noted it is possible potential players could be put off by them.

All of the 3D Zelda games have seen remakes or remasters in past years so Eiji Aonuma, the series producer, says a remake of Skyward Sword on current hardware is possible.

“Yeah it’s definitely possible” Aonuma told IGN in an interview. “As I mentioned earlier in the presentation, The Legend of Zelda: Breath of the Wild is a result of what we wanted to expand and make a better Skyward Sword. It’s like an evolved or expanded version.”

“Putting out an HD version of Skyward Sword and tossing that into the mix might be a little weird,” he said. “It’s always a possibility, so I really don’t know.”

Skyward Sword became part of the Wii U virtual console in September 2016.

4. The Legend of Zelda: Wind Waker

Wind Waker was the first time we were introduced to “Toon Link” and he has since remained a staple of Nintendo franchises such as Super Smash Bros and other Zelda games.

Wind Waker featured an open ocean where you got to ride in a talking boat and travel the seas to other islands and find hidden treasures. You played different songs to direct the wind in order to sail in a certain direction.

This was all a breath of fresh air for the Zelda series as they had never done anything like this but this was short-lived for me. I quickly tired of the ocean and found myself spending much of the game just sitting in the boat waiting to reach my destination.

Ganon returns in this installment but instead of Zelda being captured, it is instead Link’s sister Aryll. The storyline starts with Link “coming of age” and dressing in the green tunic that the Hero of Time wore. From there, it devolves into a typical Zelda story.

You can track down the GameCube version of this game but you’ll likely be spending more that you’d like on it so it’s best to pick up the Wii U version of the game.

3. The Legend of Zelda: Twilight Princess

This game shares the comparison with Breath of the Wild with the fact that it released for two consoles at launch. Originally a GameCube exclusive during development, Twilight Princess received a port to the Wii to bolster its launch lineup. The GameCube version even saw a delayed release to secure a solid launch for the Wii.

Twilight Princess saw a return to the darker themes of the Zelda franchise, last seen in the N64 versions. In many ways, this game feels like the true sequel to Ocarina of Time even though this game takes place thousands of years after that one (yes, the Zelda timeline is very weird).

Wolf Link was a cool addition to the game. I liked breaking up the monotony of doing the same thing by turning into Wolf Link and exploring the beautiful world with him. Midna, your companion, left me wondering whether she was genuinely trying to help or if she had hidden intentions of her own.

This game also featured some of the best dungeon designs I’ve seen in a Zelda game. Arbiter’s Grounds in the Gerudo Desert stands out as my favorite of the game.

The Wii U remaster features a new dungeon featuring 100 floors and is only accessible with the Wolf Link amiibo. Other Zelda amiibos do other things to help you along your journey so you can try them out if you have some amiibos in your collection.

2. The Legend of Zelda: Ocarina of Time

This game introduced us into the land of Hyrule in 3D. Built from the ground up for the N64, Ocarina of Time is often viewed as not only the best Zelda game of all time but also as one of the best video games of all time. For its time, it featured a large overworld and features like the ability to lock onto a target, both things that have become staples in 3D adventure games.

The story begins with you playing as a young Link in your home in Kokiri Village. You have a nightmare of our favorite villian, Ganon, and awake to find the Great Deku Tree is dying. The tree tells you that Ganon cursed him and you have to go save the world. The game really picks up when you become an adult Link and access your wide repertoire of items.

Throughout your adult adventure, you are helped by the mysterious Shiek and you may end up being surprised when you find out who Shiek really is.

This game pretty much did everything right and although it hasn’t aged in the best of ways, it saw a remaster on the 3DS which is the best version to pick for fans of the game, both new and old.

1. The Legend of Zelda: Majora’s Mask

Building on the critically acclaimed Ocarina of Time, Majora’s Mask took everything its predecessor did and improved on it. It even managed to stay in the same timeline which doesn’t happen very often for Zelda games.

The game begins with the Hero of Time wandering through the woods to find himself being robbed by Skull Kid, who made a brief appearance in Ocarina of Time, and having his ocarina stolen. Skull Kid ends up being the villain of this game.

Some could argue that the true villain is the clock. Majora’s Mask features a system where this giant moon with a scary face will fall down and crush the town in three days of in-game time. This equates to about an hour of real-time so the clock is always ticking as you weave your way through Clock Town and Termina.

There are many unsettling aspects to this game. The easy one to point to is the moon but there’s also the Happy Mask Salesman, making a return appearance from Ocarina of Time.

The Moon over Termina in The Legend of Zelda: Majora’s Mask. (Nintendo)

One of the main gameplay features is the use of masks. Link is able to put on different masks such as the mask of a Zora or a Goron in order to transform into them and use a whole different move set.

Another lesser known aspect is that people in the town operate their own lives. On the dawn of the first day, you’ll see construction workers working on something but by the third day, when the moon is about to crush the town, you’ll see those workers no longer there and the town will be pretty much deserted. It gives off an eerie feeling knowing everyone in that town will be gone soon. This feeling hasn’t been matched in a Zelda game since. It feels like there’s so much more at stake in this game even though you’re “saving the world” in all of them.

Like the previous games, I’d recommend picking up the remaster on the 3DS if you want to experience the definitive version. 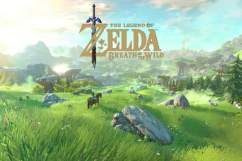