Platinum Games, Bayonetta’s developer, has posted a series of videos on their YouTube account. These videos are all from Bayonetta but don’t seem to have any context or reason for being posted. There are five videos in total and they all have one thing in common. Either a new game is being teased or something really weird is going on. These videos were revealed as part of a blog post by Platinum Games that you’ll have to translate to English. The videos all have a scene that repeats three times. This could be their way of teasing Bayonetta 3, but only Platinum Games would know for sure.

This is wishful thinking, of course, as there’s no real reason to think these clips mean anything, but if what the developer has been doing recently is any indication, it could be a sign of things to come. With E3 approaching, we could be getting an announcement about Bayonetta 3, especially since Scalebound, a different Platinum Games title has been cancelled.

The developer of the Bayonetta series has been on a roll lately. They dropped the original Bayonetta on PC without warning which was a pleasant surprise for fans. The port was actually pretty good too despite the NieR: Automata port that came before it.

Owners of Bayonetta on Steam were treated to an update that added Sam Gideon, the main character from Vanquish, to the Extras folder. Platinum Games is possibly encouraged by the sales of Bayonetta and plan on bringing Vanquish to Steam as well. According to Steam Spy, the game has sold over 130,000 copies on Steam this month. Like Bayonetta, Vanquish was only released on consoles so this could be Sega’s way of saying they are bringing the title to PC. Sega is developer of Vanquish and Bayonetta and they have promised to bring more titles to PC recently.

Before Bayonetta hit PC, an 8-bit version was released on Steam, free of charge, and it was a fun game. You can no longer download but if you grabbed it before it left Steam, it is going to be in your library forever. It may have been an April Fool’s joke but they actually gave us something decent.

Bayonetta was originally released on Xbox 360 and PS3 before it made its way over to the Wii U. The sequel, Bayonetta 2, is a Wii U exclusive and as of right now, it looks like it is stuck on the console. It’s a shame to have such a good game trapped on a console that did so poorly in sales. With the sequel being a Nintendo published title, it doesn’t seem like the game will be escaping the Wii U any time soon. 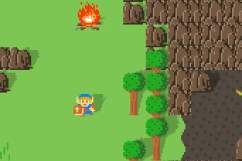