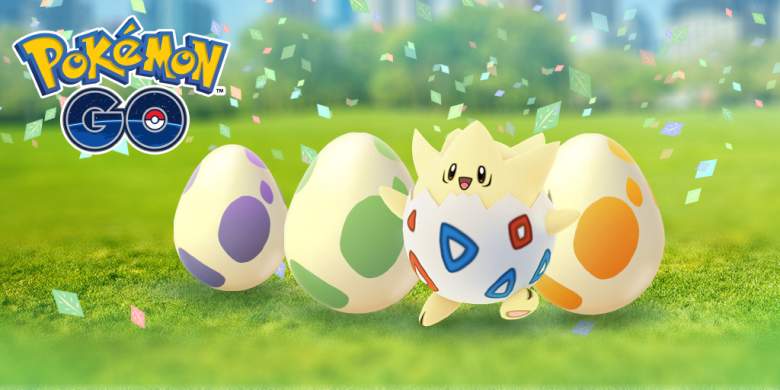 A special Easter is occurring in ‘Pokemon Go’. (Niantic)

An Easter event is currently underway in Pokemon Go.

Upon announcing this event, Niantic noted that for the next week, “a greater variety of Pokémon can now be found in 2 km Eggs.” What does that mean, exactly? Which Pokemon can now hatch from 2km eggs that couldn’t before?

Based on early reports from Pokemon Go players around the world, it seems that some if not all Pokemon from 5km and 10km eggs were moved into the 2km pool. This means that you can obtain rare Pokemon much more easily over the next seven days.

On Thursday afternoon, a user on The Silph Road subreddit said that they had already hatched a Sudowoodo from a 2km egg. Sudowoodo is typically only available from 10km eggs, so this would confirm that rarer Pokemon show up in the 2km tier during this event. A second user later backed up this report, saying they too hatched a Sudowoodo.

As the afternoon has rolled on, more and more of these reports have come in, and so many rare Pokemon have been hatching from 2km eggs that it seems that Niantic may have just placed every single Pokemon in the entire game in the 2km egg tier.

Here is the current, incomplete list of Pokemon that normally hatch from 5km or 10km eggs but that reportedly now hatch from 2km eggs:

As you can see, thus far, there is evidence from many different users to suggest that quite a few Pokemon that normally only hatch from 5km eggs and 10km eggs can now hatch from 2km eggs.

It is believed that these Pokemon have been added into the existing 2km egg pool, and so it’s not guaranteed that you’ll hatch a rare Pokemon from a 2km egg during the Easter event.

It’s important to note that in Pokemon Go, what’s in an egg is determined not when you hatch it, but when you pick it up. That means that if you have any 2km eggs in your inventory that you obtained prior to the afternoon of April 13th, they definitely won’t give you any of these new Pokemon.

Prior to April 13th, this was the complete list of all Pokemon available in 2km eggs, so if you’ve hatched something from a 2km egg that isn’t on this list, that means the Pokemon was added into the 2km egg pool for this Easter event:

Have you hatched a Pokemon that isn’t on the list above? Let us know in the comments section below!