Nioh – Dragon of the North DLC 1 Trailer | PS4https://www.playstation.com/en-us/games/nioh-ps4/ Return once more to the Yokai infested landscape of Japan’s warring states and venture deep into its embattled Northern provinces. In this story expansion for Nioh, Dragon of the North follows William’s valiant struggle and opens up the Oshu region, where ambitious ruler Masamune Date is secretly gathering spirit stones. Encounter new fearsome enemies and allies across three distinct stages, and develop William’s combat skills further with powerful new Ninjutsu, Onmyo magic and Guardian Spirits. Plus, discover legendary armor sets and weapons, including the Odachi great katana. This add-on is also included as part of the Nioh Season Pass, alongside the “Defiant Honor” and “Bloodshed’s End” expansion packs. • To use this add-on you need Nioh. Rated Mature: Blood and Gore, Violence Nioh™ ©2017 KOEI TECMO GAMES CO., LTD. All rights reserved. Nioh logo is a trademark or registered trademark of KOEI TECMO GAMES CO., LTD. The KT logo is a registered trademark of KOEI TECMO HOLDINGS CO., LTD.2017-05-02T15:00:03.000Z

The DLC for Nioh is finally out today. Developer Team Ninja is offering both paid and free DLC to the base game.

“Dragon of the North” is the paid portion of the DLC on offer. Dragon of the North will offer new missions in the Oshu region of Japan where protagonist William Adams faces off against Lord Masamune Date as well as a terrifying new set of Yokai. Thankfully the DLC gives you access to new armaments including new Guardian Spirits, armor, ninja skills, onmyo magic skills, and a brand new type of weapon called the Odachi which is basically a giant katana.

On Playstation Blog, Team Ninja Creative Director Tom Lee explains that they picked Lord Masamune Date as an antagonist because of his interesting mix of arrogance and devotion as a leader.

We found this disparity in his personality to be something that we could utilize to create a memorable character and a formidable adversary for William.

The free DLC includes the much anticipated PVP mode. Previously, you could only fight other players by summoning AI-controlled “revenant” versions of said players wearing all of their armor and weaponry. Fights include one versus one matches as well as a two versus two matches where players can revive their partners. Matches take place on a variety of stages with some including gimmicks. Items and skills from singleplayer will be usable but some items will be adjusted for better balance in PVP.

Players will also be receiving character skins based on Onmyo Mage Fuku and Blacksmith Senji Tome.

One of the many Yokai you’ll face. (Playstation Blog)

In late March, Team Ninja released Patch 1.06 which added 10 high difficulty missions including a boss rush-style one. It also added the ability to pause the game by pressing “options” in the status menu (though this is disabled in multiplayer). There are also new settings to customize the game which includes changing the color of rare items for colorblind players. A full list of changes can be found here.

The Season Pass will net you the Dragon of the North DLC as well as two other upcoming expansions “Defiant Honor” and “Bloodshed’s End.” 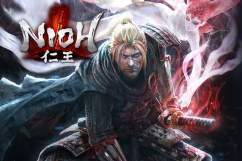 Read More
Games
Nioh DLC both free and paid are out today. Here's everything you need to know about what's included with each bit of DLC.