Undertale is coming to PS4 and PS Vita and is receiving a collector’s edition.

The trailer retains Undertale’s trademark brand of goofiness, as a monster truck drives over a pile of bones in spectacular fashion before the “annoying dog” from the game rolls down the window and announces the game.

In a Q&A with Playstation Blog, Game Creator Toby Fox said that the only new content coming to the PS4 version of Undertale is the dialogue changing for the frog NCP that tells you to press F4 to go full-screen. Cross-play is also supported and there will also be trophies. Fox also said that he wanted to localize the game for Japanese audiences because all of the RPG games that inspired him came from Japan. He also wanted to port it to consoles because the PC game market in Japan is small and few would play it if it was released on PC in Japan.

The physical PS4 version of Undertale comes with a 24-page booklet illustrated by Temmie Chang, one of the game’s artists who also made a cameo in the game itself. The collector’s edition comes with the game, the illustrated booklet, the official soundtrack with all 100+ songs on two CDs, a sheet music booklet featuring six songs annotated by Fox, and a locket that contains a music box that plays one of the themes from the game. Both the physical version and collector’s edition are sold through Fangamer.

Pre Orders of the Collector’s Edition are now live. Click here to get yours.

The PS4 and Vita versions of UNDERTALE will have optional border art by @tuyoki to fill the unused parts of the screen. pic.twitter.com/DWjMBp9FlJ

In addition to the minimal control changes coming to the PS4 version of Undertale, Fox said that there will also be optional borders created by Chang to fill the unused parts of the screen. Think of it as the borders used for the Super Game Boy. According to Playstation Blog, you’ll be able to change in the settings menu between the floral design “Sepia,” the hand-drawn “Dynamic” border which changes depending on what area of the game you’re in, “Simple” if you just want a normal border, and the default setting with no border.

The game is releasing for PS4 and PS Vita on August 15. Those who pre-order the game on PS4 will get the dynamic “Ruins” theme for free. 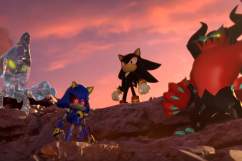 Read More
Games, Indie, Shopping
wpDiscuz
8
0
Would love your thoughts, please comment.x
()
x
| Reply
Undertale, the friendly RPG where nobody has to die, is coming to PS4 and PS Vita. A collector's edition has also been announced. Would you smooch a ghost?