One of Nintendo’s most beloved mascots is making its way to Nintendo Switch sometime in 2018. Announced during the E3 2017 Nintendo Direct, Kirby for Nintendo Switch aims to bring back the old school style of this adorable pink puffs classic games. From the brief trailer we witnessed, it’s clear that consuming and using your foes abilities will once more be a big part of this title. We got to see Kirby use a plethora of transformations including a sword, rock, and hammer variant of the character. Players also got a brief glimpse at a large overworld users can explore when moving from mission to mission and a boss fight with the famous Whispy Woods.

However, the big change comes in the form of three additional characters we see Kirby when over with a heart. Players will be able to win over enemies and use them to help fight foes when you are running through a level. These fighters allow players to perform “Team Up” attacks which can infuse his powers with various properties such as Fire and Ice. Ability fusions are nothing new to the franchise, however, given you can have three additional allies it will be interesting to see how many times you can power up Kirby’s different forms. We also got a glimpse at some unique environment like a cave, forest, beach, and grasslands.

We also know that this is a four player co-op game, allowing players to take control of the monsters that Kirby befriends. However, during the trailer we are only shown the second player controlling a Parasol Waddle Dee. Noticeably absent from this trailer was the iconic Kirby villain King Dedede, but since this character has an amiibo we’re sure he will show up in some capacity.

Kirby for Nintendo Switch is set to release sometime in 2018. 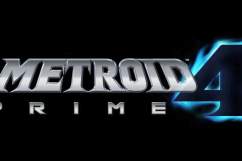