With the Nintendo Switch approaching five million units sold, it’s safe to say the newest Nintendo hybrid-console is a success so far.

A big factor in that success has been a steady stream of heavy hitters right out of the gate. We’ve already seen games like The Legend of Zelda: Breath of the Wild and Mario Kart 8 Deluxe release to critical acclaim. More recently, we’ve seen a new IP in ARMS pass the one million units sold mark, along with Splatoon 2 just releasing this month. You can read about all of Nintendo’s earnings in this report right here.

One thing you may notice is all of those games are Nintendo exclusives. This means the Nintendo Switch is great for Nintendo fans, but what about fans of third-party games? The Switch has a healthy option of third-party titles available on the console and even more on the way. Some notable titles include Skyrim, Rocket League, NBA 2K18 and Ultra Street Fighter II.

Ultra Street Fighter II released back in May with a hefty price tag of $40. For a game that has been ported so many times and is available on pretty much every platform for a much lower price, it has sold pretty well on the Switch.

Capcom even went as far as calling the title a “smash hit” in their company earnings report. Although no actual sales figures were given in the report, we’re looking at 450K as the number of units sold.

The success of Street Fighter has led Capcom to believe in the console and begin preparing multiple Switch-version titles. With the way that is worded, it sounds like the Switch will receive more ports of games already on the market. Resident Evil 4 seems like a strong possibility since it has been ported even more than Skyrim.

Remember, Capcom was one of the many developers to pledge support to Nintendo’s console from the beginning. The company even had a hand in getting the Switch to increase the amount of RAM to 4GB, so they could put the Resident Evil engine on the console.

Moving forward, it sounds like Capcom is convinced of the success of Nintendo’s newest console. Outside of guessing, we don’t know what Capcom’s plans are going forward but it sounds like Nintendo Switch owners will be receiving more games in the future.

What games would you like to see Capcom bring over to the Switch? Let us know in the comments below. For us, we’d like to see Dragon’s Dogma or Resident Evil 7 appear on the console. 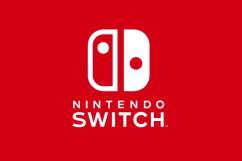 Nintendo Switch Online App: What Does It Do?