He’s the 23 year old Attack Damage Carry player for Team Solo Mid. Yiliang “Doublelift” Peng. TSM have had great split after a rocky start to the North American League of Legends Championship. TSM even won the first Rift Rivals event when they defeated Unicorns of Love in a clean sweep. Doublelift & Company are well on their way to another NA LCS Championship;

Doublelift has been a professional League of Legends player since 2011. Because of his team’s middling success at tournaments the prize money Doublelift earns with them has never been a significant portion of his earnings. While competing he infrequently streams on twitch.tv but when he does he can easy get an audience of 30,000 viewers. With that many people donating and subscribing it makes sense streaming represents 80 – 90 percent of his income. He began his career on Counter Logic Gaming. Doublelift then joined TSM in 2015 after an ugly breakup with CLG. TSM’s owner Andy “Reginald” Dinh has long been rumored to pay top salaries for years and despite TSM never having released a list of their player’s salaries. Everyone involved in the LCS have consistently reaffirmed this sentiment.

2. Doublelift Was Kicked Out Of His House After He Turned 18

When Doublelift first started playing League of Legends in 2011 the competitive scene was much smaller than it is now and being a professional gamer was significantly more risky. His personality coupled with his parents insistence on his career path is what lead his being kicked out of their family home. After spending a year on Travis Gafford’s couch, Doublelift moved into the Counter Logic Gaming team house.

Doublelift’s beginning with CLG coincided with his rise to the top tier of ADC players. Doublelift’s skills became quickly apparent to players and fans alike but his team never really coalesced as a unit. CLG had a rocky time upon joining the North American League Championship Series and they consistently found themselves fighting to stay in the league. CLG went on to win their first NA LCS trophy in Summer 2015 at Madison Square Garden. Sadly, after a disappointing showing at the world championship CLG decided to revamp their roster and Doublelift moved on to Team Solo Mid.

With TSM Doublelift has found success much faster, TSM won NA LCS in summer 2016 with Doublelift in tow and while he doesn’t often carry games in the same way he used to on CLG, Doublelift is a consistent presence at every stage of the game. Doublelift’s continued excellence coupled with his team’s championship victories has finally enabled him to back up his legendary trash talk.

3. “Everyone else is trash”

Doublelift has always been one of the most prolific trash talkers in the League of Legends community. It is possible that sometimes Doublelift is not actually trash talking at all; he’s just being incredibly blunt. His honesty is an admirable trait, since most traditional sports athletes are not known for really speaking their minds about any topic.

Doublelift has clearly matured over the years both in game and in his own life. It’s remarkable to see anyone exhibit this kind of visible growth in demeanor in such a public fashion, even so the old Doublelift still comes out every now and then. Doublelift is a perfect marriage of personality and skill; which puts him in a unique position to consistently back up his trash talk and make his detractors seem foolish.

4. Doublelift Has The Highest Number Of Pentakills In Professional Competition

A pentakill is when one player on a team gets the killing blow on every single member of the opposing team. This tends to occur most in situations where one team is pressing very hard to win the game; or when both teams are fighting for a particular objective on the map. Admittedly sometimes this can be a fluke, but sometimes an entire team will work together to get one of their own all five kills. Doublelift has 10 pentakills in competition since he started playing professionally.

Some of his pentakills do fit the earlier descriptions, his teammates dive on the fountain or deliberately stop attack the other team for him but there are many among that 10 that Doublelift had to earn. In one pentakill against the European LCS All-Star team at All-Star Shanghai 2013 Doublelift darts around the fight on Ezreal while two of his teammates fall and two more are almost dead by the end of the fighting. This pentakill also has the markings of a truly earned pentakill, you can see that in addition to his teammates excellent peeling for him, Doublelift still has to deal with An “Balls” Lee diving after him as Doublelift attempts to deal damage as Ashe. Ashe is not a champion known for mobility and it’s very important for the player using her to position themselves perfectly in order to deal damage while limiting the opponent’s ability to harm you.

5. Doublelift Has Competed In Every Season Of The North American League Championship Series

Doublelift is one of a handful of players who’ve participated in the LCS since day one. Doublelift almost broke his streak in Spring 2017 but thankfully a short stint with Team Liquid kept him in good company. At times Doublelift has looks bad and honestly he’s played terrible every once in awhile. When each season is taken a whole, Doublelift has been a consistently good ADC and a driving force behind the team he’s been with.

Many of Doublelift’s pentakills came before the LCS existed and until he found success with CLG and TSM it was fashionable to say Doublelift had peaked years ago. He’s found a way to consistently adapt his style of play to whatever meta LoL finds him in. Doublelift’s ability put his team on his back when his team needs it, year after year is truly what separates him from the average LCS player. 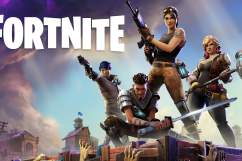