Over 227 participating artists recreated the “Mama Luigi” episode of the Super Mario World TV show over the course of a year.

For the project, animators volunteered to reanimate a scene from the “Mama Luigi” episode of the Super Mario World cartoon. Animators could make their reanimated scene look as wacky as they wanted, but they were encouraged to stick to the basic formula of the scene and were prohibited from animating something too offensive or adding in new sound. A total of 255 scenes were recreated for the video, according to the video description.

A list of all the animators who were involved as well as their Twitter handles and websites can be found here.

The 1991 Super Mario World cartoon was produced by DIC Entertainment and was based of the video game of the same name. The cartoon was preceded by The Adventures of Super Mario Bros. 3 and The Super Mario Bros. Super Show. The “Mama Luigi” episode tells the story of how Luigi found Yoshi as a baby. According to Know Your Meme, the various quotes found in the episode were widely used in YouTube Poop videos, videos of copyrighted footage with added effects and edits for comedic effect, starting in 2008. Since then it has become a popular internet meme.

The reanimated video is actually not much different, at least in concept, from a YouTube Poop. It takes the original episode and warps its visual style in unique and often hilarious ways. There was even computer animation, paper puppets, and animation done on a whiteboard. I especially enjoy the footage portraying Luigi as an Adonis-like figure.

The video was dedicated to the memory of Tony Rosato and Harvey Atkin, the voice actors for Luigi and King Koopa respectively who have both passed away. 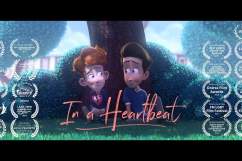 In a Heartbeat: 5 Fast Facts You Need to Know