Telltale Games made a real winner with Minecraft Story Mode. The developer’s partnership with Minecraft developer Mojang really shows, as it nails the adventurous and often times grand and mysterious atmosphere of Minecraft. They even go one step further to incorporate gameplay mechanics from Minecraft into the story not for the sake of having hilarious memes but to drive the plot of the story, using everything from crafting to manipulating piston physics to create a flying machine. Despite adhering strictly to the Telltale Games formula of gameplay as well as the standard “Hero’s Journey” story, the game has several twists and turns I simply was not expecting. But what really propels the game into greatness is its examination of hero worship as our heroes struggle with the realization that their heroes aren’t as heroic as they seem. It’s yet another great addition to Telltale Game’s lineup.

Season Two’s first episode has me excited for the continuation of the series, but it also has be just a tad worried.

It’s been years since the New Order of the Stone defeated the Wither Storm, with the team going on many adventures after that. After acquiring a magic gauntlet and accidentally opening up a portal spawning charged creepers near their hometown, Jesse and Petra have to team up with legendary explorer Jack to quest for a way to stop the portal. Along the way, they may just awaken an almighty god.

Not much has changed gameplay wise with the second season. It’s still the same Telltale Games formula you know and love, going around talking to people, solving simple puzzles, going through quick-time events, and of course making tough calls big and small.

Jesse and the gang are still fun to be around even when there’s down time in the story, and all of them are brilliantly voice acted. New characters add to the already strong roster, with standouts including Jesse’s nervous but well-intentioned assistant and the melodramatic yet legendary adventurer Jack (played to perfection by Frederick Tatasciore of Overwatch fame).

Despite gameplay remaining much of the same, however, there have been some welcome improvements. Combat is a lot more involving with Jesse able to dodge left and right as well as moving forwards and backwards. While it’s not likely you’ll die from any encounters, you’re still required to keep on your toes as you read the animations of opponents and make your move. The perspective of fighting is also less tight and narrow making it easier to judge if you’re close enough to hit enemies. It’s no Dark Souls, but it takes something that was merely a distraction in the first season and fleshes it out into something much more exciting.

The experience still retains its spirit of customization, with your decisions not only having narrative but also aesthetic implications. This extends from not only deciding how to get past bodyguards in a palace but which type of armor you want to put on.

At one point, you get to build your own statue with an entire space to place blocks however you want. I really hope that there are more creative moments like that because that’s the most exciting change to come to season two.

While all of the improvements to gameplay are great, the story unfortunately isn’t firing on all cylinders.

While there was a lot to do and see, many of the events that happen don’t feel like they drive the plot much. After discovering the portal, Jesse and Petra take a complete detour to recover Petra’s sword from the manipulative leader of Champion City. I can see how the events in Champion City may lead to some events in the future, but at this point it seems kind of pointless and it distracted from the main narrative of the episode. This is disappointing because while Season One kicked off events almost perfectly, giving adequate buildup before diving into the main plot headfirst, episode one of season two only gets really interesting halfway through the production and especially at the end.

The big problem with the first episode of season two is that it repeats a lot of the same beats that we experienced in the first season. The themes of hero worship and what happens when are heroes aren’t so heroic are here again, with Jack already displaying plenty of tells that he’s not as impressive as he says he is and setting up the eventual shattering of Petra’s almost religious devotion to him. We also get the very same sequence of events of going into a temple, finding some big artifact, and having to fend off enemies that we experienced in season one’s fifth episode. While the beats themselves are fine and still interesting, they’ve already been used so they’re not nearly as impressive as they once were.

Oh, and the puzzles are still way too easy to solve and still feel like needless busywork, such as having to fix a door by copying the pattern on one half of it.

Minecraft Story Mode Season Two if off to a good start with its first episode, giving us an indication that we’ll be seeing much of what we loved from the first season with a little bit more added. However, it lifts many of the same story beats from the first season, except with much of its nuance stripped out. Much of the episode also feels like it’s just coasting though plot points, with the plot only really thickening towards the end. Despite that, I’m hopeful that now that the plot has kicked off things will only get better from here. Hopefully that trust bears fruit. 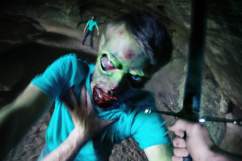 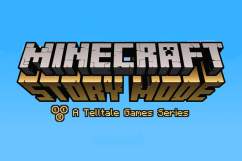 Read More
Android Apps, Game Review, Games, iPhone Games, Minecraft, Mobile Games, PS4, Xbox One
Minecraft Story Mode Season Two is off to a good start, but there are some problems that have me worried for the series.