Sonic Mania is supposed to be a return to form for 2D Sonic games of old. With titles such as Yooka Laylee and the Mega Man collections being released, now seems like a good time to capitalize on the revival of old school platformers. However, the release of Sonic Mania hit a bit of a snag as the PC version is seeing a delay until late August while the console versions still come out this Tuesday.

The news was announced in a Sonic the Hedgehog live stream today and this may come as bit of a disappointment to fans who have been waiting a while for the game. The reason given is that the PC version needs a bit more optimization, which is a common reason given whenever a game is delayed. As a bonus for having to wait an additional two weeks, players who pre-purchase the game on PC will receive a copy of the original Sonic the Hedgehog for free.

Although this will inevitably result in some sort of backlash, we imagine most players would rather have a finished and well optimized product instead of a buggy one. It will just be a tough pill to swallow watching other players play the game while PC players have to wait an additional two weeks.

If you are hyped up for the release of Sonic Mania then you might be interested in checking out some of the special stages, bonus stages and time attack trials before the game comes out. Sega released this information earlier this month so you can check it all out before the release of Sonic Mania this Tuesday. If 2D Sonic isn’t your thing then you can look forward to a 3D Sonic game called Sonic Forces coming later this year.

Sonic Mania releases August 15 for the Xbox One, PlayStation 4 and Nintendo Switch. The PC version has been delayed until August 29. 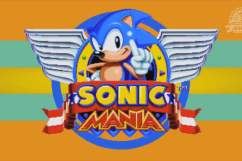