The Apple Special Event revealed some new information about mobile gaming on the iPhone 8.

The iPhone 8 Plus features dual outwards cameras calibrated for augmented reality functionality, or superimposing game elements onto the real world through the device. The camera also features low-light and 60 fps settings along with the phone’s new gyro and accelerator and accurate motion tracking.

The new technology was demonstrated through new games and apps shown on the stage. Warhammer 40K Freeblade puts Freeblade Knights in real life. You can put information and stats on top of sports game you’re filming with the camera. You can even find constellations in the sky.

But the most interesting game shown off was The Machines by Directive Games, a competitive multiplayer real-time strategy game that places the entire level in the real world. You can play with players online or in the same room. You can move in closer to levels to see and interact with game elements more closely, with the sound growing softer or louder depending on how close you are to the action. It will be coming this month exclusively for iOS. 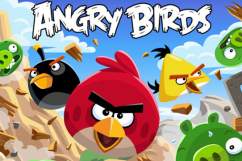 iPhone 8: What it Means for Mobile Gaming