Dancers are some of the most useful units in the game, as their Support Skill can give allies another chance to attack or escape. That makes the Performing Arts summoning banner very valuable. The heroes are only available now until October 29 so you should snatch up these heroes as much as you can.

But how do you get these heroes to reach their full potential? Read on to find out.

Performing Olivia is one of the most versatile support units in the game. Being a dagger user, she can place a hefty defense and resistance debuff on enemies while also healing and buffing teammates. She’s also a surprisingly good attacker thanks to her high speed and resistance as well as her decent attack. However, her low defense and HP, while somewhat mitigated by her speed, leaves her very frail. Plus her low base stat total isn’t optimal for raising Arena scores.

Since Performing Olivia won’t be attacking much, you can get away with Distant Defense to prevent mages from defeating her and give her a slight glimmer of hope against bow or dagger users. If you want to boost her offense, go with Darting Blow to raise her speed, Windsweep to prevent counterattacks from enemies, and Def Ploy to lower the defense of enemies thanks to her resistance as well as a Poison Dagger+ to deal with infantry units. For builds focusing on buffing teammates, keep Distant Defense and go with either Blaze Dance to boost attack of teammates with each use of Dance or Wings of Mercy to get to weakened teammates quickly. Then add Breath of Life as well as the Breath of Life Sacred Seal so she can heal up to 17 HP to teammates. For Special Skill, go with Iceberg to take advantage of her high resistance or Aether if you want to boost her score in the Arena.

Performing Olivia works best with a boon in speed and a bane in defense.

Just about any high attack ally works best with dancers as they can potentially KO two opponents per turn. Also consider using tanks to cover their defense weaknesses.

Olivia’s Son Inigo is more balanced than the other dancers. He has decent stats across the board, with a respectable speed stat and good attack being the stand out stats. However his defense and resistance are a little on the low side, but he’s not as squishy as his mother at least where defense is concerned.

Dancer’s Ring+ is okay, but you may want to go with Gronnowl+ like in this build by user Asant. Since Inigo works best when surrounded by teammates, he’d be perfect with the weapon. Also give him Distant Defense to boost his survivability, keep Gale Dance to boost the speed of his teammates, and Drive Speed to boost speed even more. This build is best for Brave Weapon users who will appreciate the extra speed for quad attacking opponents. Alternatively, you can give him Gronnraven+ and Triangle Adept to deal extra damage to blue and colorless units.

He works best with a Boon in Speed and a bane in Resistance or Defense.

Azura, widely considered the best dancer in the game, trades her spear for an axe and is still one of the best dancers in the game. Her Urðr grants any unit she sings to an extra three points in attack, speed, defense, and resistance. That’s like the buff from Fury, but without the damage dealing effect! She’s also a great fighter in her own right, with a strong weapon, high attack, high speed, high resistance, and Triangle Adept granting her extra damage against blue units (at the cost of taking extra damage from red ones). On top if it all, her base stat total makes her more viable for the Arena. However, just like Olivia, her HP and Defense leaves her vulnerable to attack from melee units.

Give her Luna or Iceberg to boost her combat capabilities. You could even replace Triangle Adept with Distant Counter to take care of pesky blue mage units. Also give her Wings of Mercy to have her warp to weakened allies to get them out of a jam. Then either replace Drive Res with Atk Ploy to debuff enemies or Drive Speed to boost allies.

She works best with a Speed boon and Defense bane.

Much like Inigo, Shigure is has pretty decent stats across the board. However, he has slightly lower speed than the other dancers as well as low defense and resistance, making him slightly less useful as a support unit. However, his blue ranged attack is useful for helping to take down strong red melee users.

Since he’s going to be surrounded by teammates, give him Blarowl+ as well as Fury to boost all his stats. You could also give him Blarraven+ and Triangle Adept to give him advantage against red and colorless units. Then either give him Blue Tomebreaker or Bowbreaker, depending on which unit you have the most trouble with. Now matter what you go with, give him Moonbow and Hone Speed.

He works best with a boon in either attack or speed and a bane in either HP or Defense. 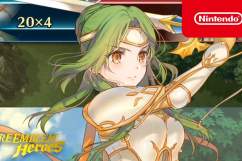