If you thought that Marvel vs. Capcom: Infinite was just a little bit off, you may be right. YouTuber and Comicbook.com Writer Liam Robertson uncovered some interesting info about the game directly from employees at Capcom involved with the project, which he talked to over the past few months leading to the game’s release. They proved to be reliable sources since they provided accurate info to Robertson about the DLC characters months ahead of their announcement.

Speaking of which, Marvel vs. Capcom: Infinite has DLC coming for a fighter from the Monster Hunter franchise as well as Marvel’s Black Panther. However, Robertson’s sources said that both characters were completed months before launch and could have easily been a part of the final game. Capcom was even considering including them in the game at launch, but decided to cut them from the game so that people would have to pay for them separately after launch through the 2017 Character Pass. This is especially questionable considering that content related to Black Panther and the Monster Hunter fighter was in the final game. Black Panther even appeared in the story mode.

Many on social media have lampooned the lack of production values for the game, especially in regards to the character models and other areas where corners were cut. This drop in quality from other games in the series is perhaps best demonstrated with the tweet below comparing Ghost Rider’s Level 3 Super between Marvel vs. Capcom 3 and Infinite, as mentioned by Robertson. PewDiePie’s current profile picture for his channel is a picture of Infinite’s Dante from Devil May Cry with a red square over it as the character model for Dante was one of the most mocked aspects of the game.

Robertson wasn’t able to get exact figures in regards to the budget for the game, but a few sources told him that the budget was around half of what was reserved for the DLC plans for Street Fighter V. Not half the budget of the whole game, mind you, but the DLC. This may explain why some features in previous games in the series were unavailable and why the animations and models had corners cut.

In fact, much of Infinite’s content was made using preexisting internal assets. Many of the models including much of the roster on the Capcom side had their character models and other assets brought over from Marvel vs. Capcom 3, which was released on November 15, 2011. Some assets were lifted from other old games. Little to no changes were made to the recycled assets. Artists were told to simply alter the shaders for the new art style with only minor tweaks made to make them work.

The sources were very concerned about how little was being spent on the game, with some describing it as a shoestring budget. However, their management saw no problems with it at all and ignored concerns from developers. Higher ups only started to take notice when fans started deriding the graphics on social media and forums. People making fun of Chun-Li’s appearance is said to have played a big role in this, causing management to intervene and have part of the game touched up in time for release.

While Robertson’s use of anonymous sources prevents his report from being 100 percent fact, he did verify their validity and accuracy. Either way, I believe his source to be legitimate and I certainly believe that Capcom would not be above cutting content intended for launch out of the game and holding it to ransom. After all, the publisher was one of the most famous users of on-disk DLC, in which DLC is already included in the game’s files and people are charged for the privilege of actually accessing it. Thankfully that practice has died down in recent years, but this whole situation with Marvel vs. Capcom Infinite is yet more mounting evidence to the long-held accusation of publishers carving content out of games and selling it to us separately. Stuff that used to be standard in games is not being used to nickel and dime people. Remember when Capcom put a price tag on cheat codes in Dead Rising 2?

As for the graphical downgrade and tiny budget, I maintain that art direction always trumps graphical prowess. I’d rather have an interesting-looking game than seeing individual strands of a character’s hair in a boring world. But while Infinite is still visually striking compared to most games, the technical stuff really hampers the whole art direction.

We always hand wave expensive DLC and free-to-play style loot boxes in games charging a premium price upfront, saying that the content is just cosmetic and doesn’t technically affect the game. Well the reception to Infinite’s graphics proves that cosmetics are immensely important to games. They’re one of the most important parts of immersing you into a game’s world and story and keeping you immersed. They’re also an important part of a game’s marketing because in lieu of gameplay the visuals are all we have to go by to get us excited. That’s why Infinite’s graphics were such bad PR and why having poor or even broken graphics in games is a real problem. Publishers know cosmetics matter to a great deal of people, and so they take advantage of their love of visual design and fashion as well as more content to charge them as DLC or as part of loot box gambles.

Maybe Capcom thought that fighting games were a niche genre and thus wasn’t worth pumping money into. While that’s understandable, the audience for fighting games is bigger and more passionate than ever thanks to the rise of streaming services and tournaments. And when your follow up to a beloved fighting game series receives a technical downgrade or even missing features, that’s going to upset a lot of those passionate fans.

My only question is where Capcom’s pride is. Maybe it’s in one of their DLC packs. 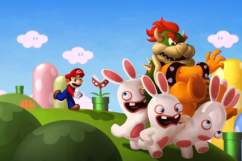