The skins, 52 of them total (were there even that many characters?), are available for 490 coins in the Minecraft shop. Mojang actually released a trailer, complete with the show’s theme song to showcase the new skins in action.

Stranger Things is a Netflix original show that saw its second season released today. The show has a strong following which is likely why Minecraft decided to capitalize on this opportunity. Admittedly, I’m a sucker for skin packs and I might have bought a few over the years.

Despite originating as a TV show, Stranger Things has also dabbled in the mobile gaming universe.  The aptly titled, Stranger Things: The Game, debuted on mobile devices earlier this month and looks to represent a clear call back to games of old. Just taking a look at some gameplay has the power to warp you back to your childhood and how games used to be in the ’80s and ’90s.

Season 2 of Stranger Things features almost all of the characters seen in the first season but will also debut several more. One of the bigger named actors to join the cast is Sean Astin, of Lord of the Rings and Rudy fame.

The second season of Stranger Things is out now so if you have a Netflix account, you can begin your binge-watching at any time.

Minecraft is available now for Xbox One, PS4, PC, Nintendo Switch, Android and iOS devices. A new version was recently released for the New Nintendo 3DS so now it will be even easier to take Minecraft on the go. Cross-play is available for those on Xbox One, Windows 10, mobile and VR platforms. The feature will be coming to the Nintendo Switch at a later date. 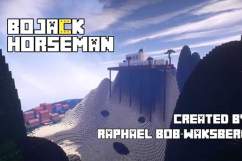