Destiny 2 Curse of Osiris is finally available and there is a ton of content that players will get to try out. While the majority of this expansion is broken up into a campaign and collecting loot, there are also a few side activities such as a new Public Event. Set exclusively on Mercury, players will need to destroy various Time Gates scattered across the map to summon a powerful Vex Gate-Lord. While you can complete this Public Event alone, the activity is clearly structured for multiple people.

If you are looking to trigger the Heroic version of the Vex Crossroads Public Event then go here since there are extra steps.

When the event starts, divide your group up into two teams and head to the right and left. You will first need to kill the various Vex Goblins, Hobgoblins, and Harpies that spawn. Keep killing Vex until the percentage reaches 100, which will trigger two powerful Vex enemies to spawn.  Blow these up to spawn two arc orbs which can be picked up and carried around the map. Once you actually grab the arc orb, run to one of the two pillars on either side of the wall and slam them down. In order to advance to the next section, you’ll need to slam all four orbs into the different pillars of white light.

After this is accomplished either the right or left side will have a launch pad turn and face outward. This will be marked by the Public Event symbol so don’t panic if you get lost. Run to this point and hop on the jump pad to rocket to the floating island in the sky. Kill all the Vex enemies and then slam the arc orb into the center receptacle once it spawns. Repeated this process for the other side to spawn the Gate-Lord in the center of the map. Return to the main area where the Public Event started and enter the Vex forcefield that has encompassed the circular arena.

Killing the Vex Gate-Lord is fairly easy, but you’ll want to watch out for the Fanatics that roam around the area and explode. They leave behind a dangerous pool of energy that can deal a lot of damage if you stand in it for too long. Because of this try to stick to the high ground or always stay on the move to ensure that you’re not pinned down by gunfire. Try to save your Supers for this section so you can easily drop the Gate-Lord and not risk running out of time. Once this mechanized monster falls two chests will spawn in the center of the arena.

This is perhaps one of the trickiest Destiny 2 Public Events because there are a lot of parts that need to be completed before the timer expires. Make sure to divide your forces evenly in the first half to ensure that all of the arc charges are deposited in a timely fashion. The last thing you want is to waste a ton of time running across the level to kill various Vex enemies. 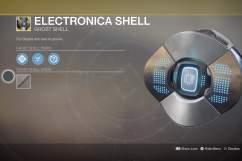